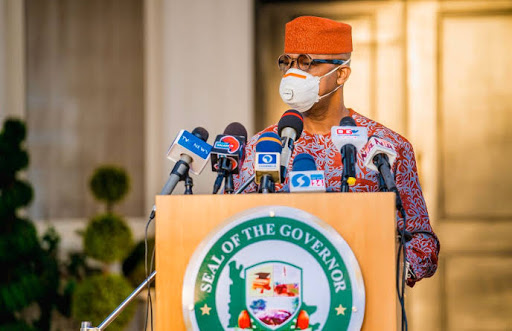 The Appropriation bill, christened “Budget of Restoration” also has N75 billion as personnel cost, with N51 billion earmarked for overhead expenses; just as N28 billion is for debt servicing to attract capital investment into the state economy.

The governor said that an estimated N153 billion was projected as internally-generated revenue for the state, with statutory allocation expected to be N73 billion.

The governor added that capital receipt, which included internal and external loans as well as grants and aids, was projected at N124.5billion.

Abiodun said that N7.7billion would be set aside as stabilisation fund to insulate and position the state towards unprecedented activities or economic shocks.

The governor stated that capital expenditure in 2022 remained focused on the completion of as many ongoing projects as possible as well as the commencement of new ones.

“We have also made efforts to ensure equity in the distribution of projects and programmes in the proposed budget.

“In the coming weeks of budget defense by each MDA, the state house of assembly will be provided with the list of some of the most critical projects, which we must work collectively to ensure they receive adequate funding.

“Until projects reach completion, they do not deliver the dividends of democracy that Ogun state citizens rightly deserve,” he said.

Abiodun reiterated that in 2022, his administration would accord priority attention to completion of existing projects, projects with revenue potential and projects consistent with priorities articulated in the State Economic Development Strategy.

In his speech, the Speaker, Mr Olakunle Oluomo, APC (Ifo 1), noted that it was important for the legislature and the executive to work together for the progress of the state.

“On that note sir, I have the mandate of my people, the 26 members of this house including myself, appeal to you to use the title of the 2022 budget to restore our honor and dignity at home, by approving our constituency allowance projects.

“Constituency allowance for projects is supposed to be an annual thing, as it’s applicable to National Assembly and the world over. We are counting the clock and calenders, and we are moving to our third year.

“Constituency project is that little toilet that a member is able to do in a remote area of his constituency. It is that market or store the honourable member can easily do at their own rural areas of the state.

“While we appreciate all the effort you are doing at the state and local government level, we are appealing that you should please restore our honour and dignity at home, so we also can point to one or two things that we have achieved,” he said.

Oluomo assured the governor and the people of the state that the bill would be given accelerated passage and expressed optimism that it would further deliver on the goals of the Abiodun-led administration.