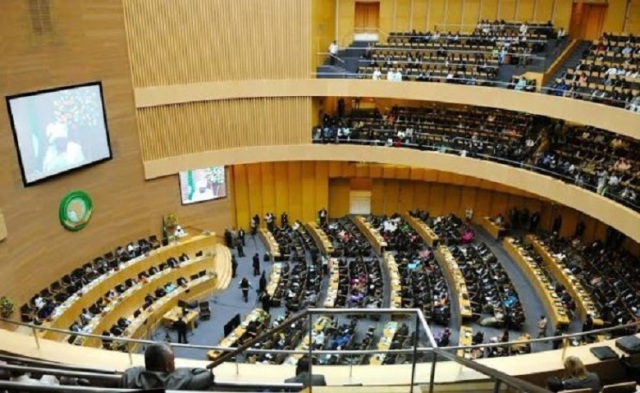 The ECOWAS Parliament has solicited President Buhari’s support towards the realisation of its Direct Universal Suffrage which will enable the parliament to function more effectively and independently.

“We brainstormed on the possibility of attaining this democratic reform and setting the parliament up as a truly democratic body.”

“We also used the visit to sensitise the Nigerien authorities on the mode of election and facilitated deliberations on the strategy to have it achieved.”

“This quest is not only a democratic quest; it’s a requirement that must be fulfilled to establish sustainable democracy in the region.”

“I am, therefore, humbly pleased to make use of this glorious opportunity, to call on President Muhammadu Buhari to please consider granting this advocacy your fullest support.”

“We are convinced that with your support, we are on our way to a safe landing.”

“Your Excellency, the Vice President is kindly entreated to convey this modest request of the ECOWAS Parliament to His Excellency,” Tunis said.

The speaker recalled the efforts the parliament had put in in its quest for the direct election of members into the sub-regional parliament.

He said that during the parliament’s Extraordinary Session in Winneba, Ghana, he had requested President Nana Akufo-Addo of Ghana to champion the same cause.

“Having been assured of their concurrence, we set out to address the following key areas: The modalities for the conduct and financing of the election of Members to the ECOWAS Parliament.”

“The electoral Code for the election; as well as the proposal for the code of conduct for candidates in the election.”

“Two weeks ago, I headed a delegation of the ECOWAS Parliament for a study visit to the Republic of Niger.”

“We held discussions with His Excellency the President of the Republic and the Assistant Chief Advocate for the direct elections of Members into the ECOWAS Parliament.”

“We brainstormed on the possibility of attaining this democratic reform and setting the Parliament up as a truly democratic body.”

“We also used the visit to sensitise the Nigerien Authorities on the mode of election and facilitated deliberations on the strategy to have it achieved,” Tunis said.”

Speaking on the session otherwise known as the “Budget Session,” Tunis said he expected that members of the parliament would translate the vision with which they approached the exercise into goals that were consistent with regional and global dynamics.

Our correspondent reports that the realisation of the Direct Universal Suffrage of the parliament is the key agenda of the Tunis-led Fifth Legislature.