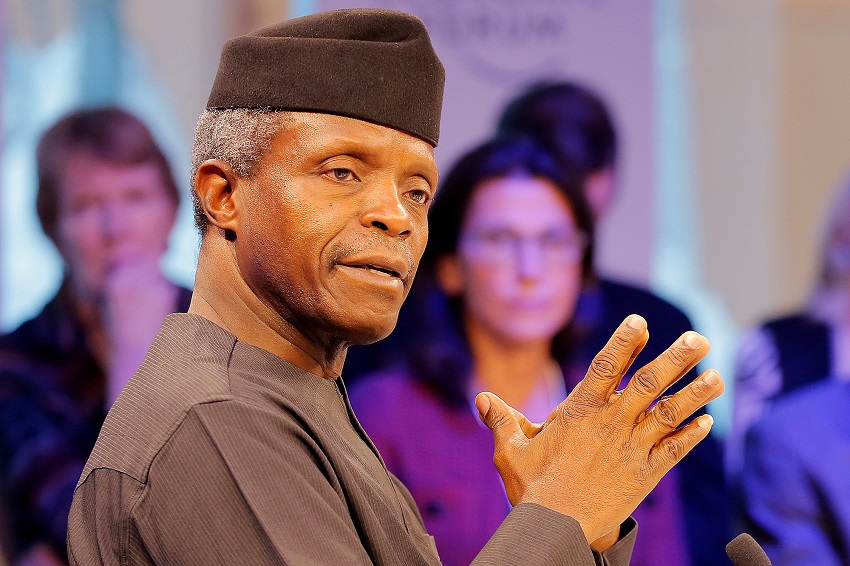 Vice President Yemi Osinbajo says good agronomic practices by farmers will address the imminent rejection of Nigerian cocoa by the European Union beginning from 2022, due to continuous use of chemicals more than the original level.

Recall that the Cocoa Farmers Association of Nigeria recently alleged that the EU had threatened to reject cocoa produced in Nigeria from 2022 due to a fall in the commodity’s quality.

The vice president stated in Abuja at the Nigerian Cocoa Summit and Awards in Abuja.

Osinbajo, who was represented by the Gap Lead, Dr Eze Kingsley Uzoma, urged the farmers to institute a mechanism and extend good agronomic practices and knowledge to ensure that cocoa produce from Nigeria meet international standard.

He warned that the residual effects of indiscriminate application of chemicals would reduce the quality of the seed and depreciate earnings in the sector as he tasked farmers to use them within permissible standard.

Speaking,the National President of CFAN, Mr Adeola Adegoke, expressed concern that cocoa, which contributed the highest foreign exchange earnings in the 1950s to 1960s, had reduced its earnings due to myriad of challenges confronting the sub-sector.

Adegoke said that the advent of climate change had added another factor that was negatively affecting the production of cocoa.

While explaining that Nigeria was adjudged to be the second largest producer of cocoa in the past, he said the country currently produces about 250,000 metric tons.

In his remark, the Minister of Agriculture and Rural Development, Dr Mohammad Abubakar, attributed Nigeria’s loss of cocoa power in the global market and competitiveness to lack of improved seedlings, pest infestation, pesticide contamination leading to a low quality of cocoa beans among others.

Abubakar, who was represented by the Director, Federal Department of Agriculture, Dr Karima Babangida, said the ministry was collaboration with all relevant stakeholders towards increasing cocoa production from the present 250,000 metric tons to 714,000 metric tons.

This is in line with the new National Cocoa plan as proposed to be sent to Federal Executive Council by the Ministry and the Federal Ministry of Industry, Trade and Investment,” he said.

He stated that the National Cocoa Plan (2021 to 2030) was aimed at promoting a sustainable cocoa economy, resurgence in production and industrialisation to trigger a robust domestic consumption, farmgate prosperity, youth engagement thereby leading to increased foreign exchange earnings from export of consistently superior quality beans and products.

He, however, said the Federal Government would be willing to support any state that is pushful in its quest to diversify the economy, especially in area of increase in cocoa productivity to ensure that Nigeria regains its position as one of the highest cocoa producing countries in the world.

In his remark, Minister of Industry, Trade and Investment Otunba Niyi Adebayo, said Nigeria had the potential of becoming leading trade hub of Africa leveraging on Africa continental free trade agreements (AFCFTA) but Nigeria is yet to fully harness these potentials for economic growth and development.

According to him, the Ministry of Trade and Investment has the mandate to enhance competitiveness and providing the enabling environment that will boost Nigeria’s agric commodities sector.

He appealed to private sector groups to support growth of agriculture knowing that the Federal Government was committed to developing policies geared towards development of the cocoa sector.