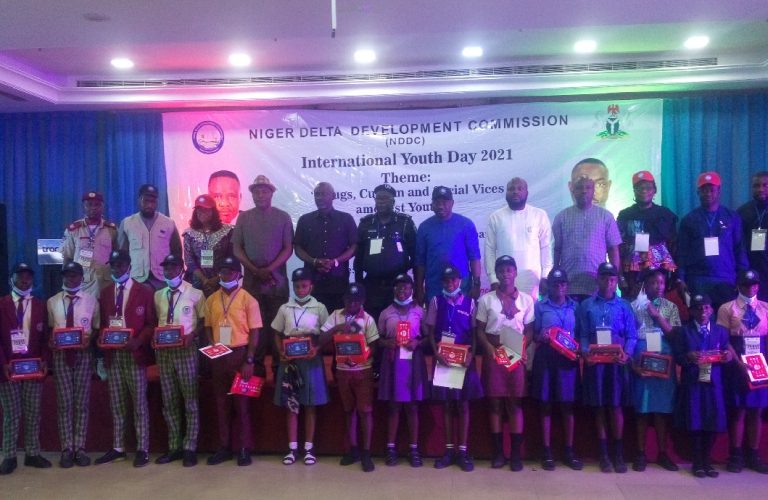 The Niger Delta Development Commission (NDDC) is reviewing its scholarship scheme suspended to conduct a forensic audit of its activities.

It has consequently decided to invest in Nigerian universities.

“The NDDC used to operate a scholarship scheme which was suspended as fallout of the forensic exercise, but the process is now undergoing a review.”

“We cannot be sending people to study accountancy or law in foreign universities; rather we can send someone to read forensic law as a speciality that is not so available in Nigeria.”

“We will plunge those monies in our universities in the Niger Delta to develop them and affiliate them with foreign universities,” Mr Udengs Eradiri, said.

Eradiri, Special Assistant to Mr Effiong Akwa, Acting Managing Director of the Commission, spoke at an event organised to commemorate the World Youth Day in Calabar.

He said that rather than waste money to send youths to foreign universities to study courses available in Nigeria, NDDC would rather invest the money in universities in the Niger Delta region.

According to him, the gesture is to develop tertiary institutions in the nation and affiliate them with their foreign counterparts to make them Centres of Excellence to train thousands of Nigerians.

“On skills acquisition, NDDC is looking at the areas we have comparative advantage as a nation to build the capacity of the youths; these areas include agriculture, the creative industry and manufacturing,” he said.

In his remarks, Commissioner of Police in Cross River, Mr Aminu Alhassan, said many youths from good homes went into drugs and cultism out of curiosity and bad association.

Alhassan urged youths to draw close to God and stay away from drugs and cultism because it was easy to become an addict but difficult to be rehabilitated.

He spoke on “Drugs, cultism and social vices amongst youths”.

Similarly, a parent Mrs Enwongo-Abasi Okon called on parents to put their feet down in ensuring that they knew about the activities of their children.

“It is easy to convince the children when they are still in the secondary schools than when they get into universities; parents should stop covering up their children engaged in various social vices.”

“I think some mothers are trying, but fathers should step up and be available as guides to their children, especially their sons.”

“There job is not just to be tyrants at home without understanding the body languages and changes in their children,” she noted.

Our correspondent reports that the NDDC used the occasion to reward 20 students in Cross River comprising of 10 boys and 10 girls with electronic devices to enhance their education.