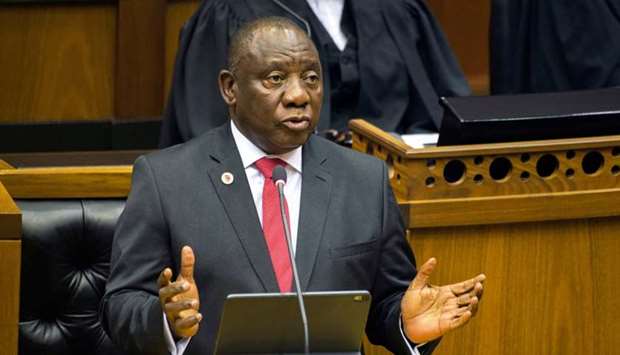 Moroe made this known on Friday in Abuja, in an interview with our correspondent, on the heels of the state visit by Ramaphosa to Nigeria on Nov. 30, 2021.

The event was part of Ramaphosa visit to four nations in West Africa, including Ghana, Senegal, Cote d’Ivoire and Nigeria.

According to him, Ramaphosa’s visit to Nigeria is historical because it coincided with the 48th anniversary of the UN resolution, which declared apartheid a crime against humanity.

Moroe said, “The visit provided the platform for South Africa and Nigeria to navigate future challenges between them.”

“Whenever the two continental giants meet for their bilateral relations to reflect on the milestones of their bilateral cooperation, the entire continent regains hope, and beams with optimism.”

“Their influence, power and economic might inspire Africa and brings a ray of hope in a hopeless era of COVID-19.”

“This is how much South Africa and Nigeria mean to the countries in the continent. President Ramaphosa undertook a State Visit to Nigeria on Dec. 1, 2021.”

“The visit was followed by Bi-National Commission (BNC), a mechanism established by the two countries in 1999, to strengthen socio-economic and political cooperation on issues of common interest and mutual benefit.”

He noted that the mechanism is the highest any two nations had achieved so far in bilateral cooperation, saying their engagement shows the strategic position both countries occupy in their foreign policies.

He explained that in 2016, both countries recognized the strategic importance to one another and thereby elevated their BNC from Vice President/Deputy President to Head of State level.

“One amongst the most important issues in the relations between the two countries lies in migration and consular matters, out of which a lot of contentious issues exist.”

“It was in the interest of the two countries to establish Nigeria-South Africa Consular and Political Forum, in firm belief that both will enhance people-to-people contact and minimize issues of vexations.”

“The Early Warning Mechanism is a platform to proactively identify, forestall, tackle and combat re-occurring incidences of violence, threats, and acts of intimidation against Nigerians living in South Africa.”

“The MoU on Early warning mechanism will be finalised and Consular and Political Forum agreed to convene in the first quarter of 2022,” he added.

He quoted Ramaphosa as saying “the youth dialogue would provide opportunity for young people from both countries to engage meaningfully on issues that affect them.

“More so, engagement of youths from both nationals is centered on proper ways to contribute their quota in the development of the respective fatherland.”

“Our government believes that with greater youth involvement and participation in the ties between our two countries, our relations will further improve.”

“Essentially, the youth dialogue is intended to strengthen capacity of both South African and Nigerian youths in all areas of peace building, conflict prevention, and conflict resolution through the promotion of intercultural learning.”