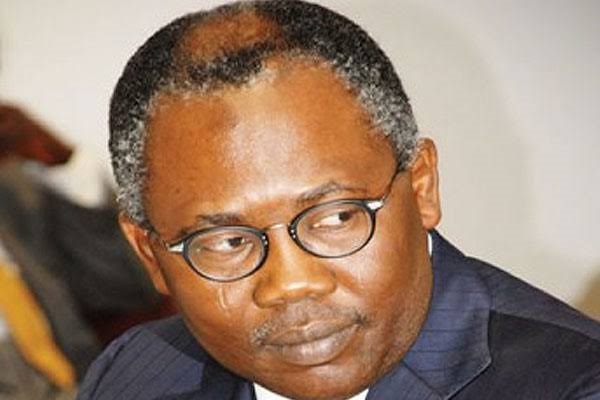 A Federal High Court, Abuja, has fixed March 7, 2022, for trial-within-trial in a money laundering case filed by the Economic and Financial Crimes Commission (EFCC) against former Attorney-General of the Federation and Minister of Justice, Mohammed Adoke, and other.

Justice Inyang Ekwo fixed the date, on Tuesday, at the instance of the EFCC lawyer, Bala Sanga.

It was reported that the EFCC is prosecuting Adoke (1st defendant) alongside an oil mogul, Mr. Aliyu Abubakar (2nd defendant), on a 14-count charge.

Justice Ekwo had, on Monday, fixed today for trial-within-trial, following an allegation by Abubakar that a statement extracted from him by the EFCC, in respect of the case, was made under duress.

It was reported that a trial-within-trial is a situation when a court stops the substantive proceedings and conduct another trial to determine an objection raised by a defendant in relation to the admissibility of a confessional statement on the ground that it was not obtained voluntarily.

Abubakar had raised the issue, when Ibrahim Ahmed, the 8th prosecution witness (PW8) and one of the operatives of the anti-graft agency that investigated the matter in 2012, was being led in evidence by the EFCC’s lawyer, Sanga.

At the resumed hearing, Sanga noted that though the matter was scheduled for commencement of the trial-within-trial, non of the witnesses were available.

He said though four witnesses were lined up for the trial-within-trial, the only one that would have been in court lost his son last Saturday.

He prayed the court for an adjournment to enable the agency prepare for the proceeding.

However, counsel to Abubakar (2nd defendant), Wole Olanipekun, SAN, told the court that he intended to call three witnesses to prove that the statement made by his client was not voluntary.

Olanipekun urged the court to adjourned the matter until March 7 and March 8, 2022, to give the parties ample time to prepare for the trial with a view to resolving the controversy.

Sanga did not oppose to the date.

Erokoro, however, called the attention of the court to the number of adjournments coming from the EFCC.

“This is the 7th adjournments the prosecution has asked in criminal this trial. I want this to be on record my lord,” he said.

Sanga, who disagreed with Erokoro, said: “We want to be guided by the record of the court in terms of adjournments.”

“Did you see me saying anything?,” the judge asked Sanga rhetorically.

However, Ekwo, who noted that matter was not moving at the pace the court would have wanted it to, adjourned the case until March 7 and March 8, 2022, for trial-within-trial.

He also ordered the EFCC to make available all his witnesses on the next adjourned date.

Police officer kills wife, self, 5 others