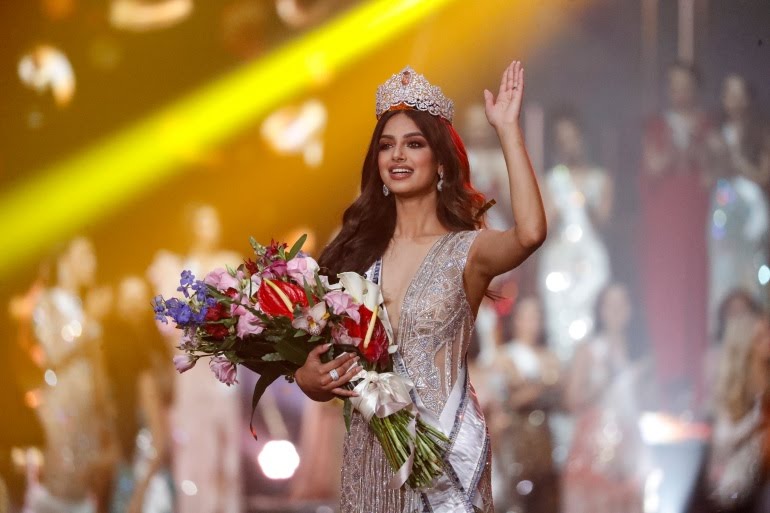 Sandhu prevailed against 79 competitors from countries around the world.

In a profile on the pageant website, the winner is described as “a strong advocate for women’s empowerment, particularly constitutional rights to education, careers and freedom of choice”.

In her free time, the 21-year-old likes to dance, do yoga, cook, ride horses and play chess.

According to her, her mother, a successful gynaecologist and the head of her family and Indian star actress Priyanka Chopra Jonas are her inspiration.

It was the 70th Miss Universe pageant, the event began at 3 am (0100 GMT) in order to be broadcast live in prime time on U.S. television.

Because of the Coronavirus pandemic, only viewers with a “green pass,” showing they had either recovered from the Coronavirus or had been vaccinated in the last six months, could be present at the show.

Earlier in May, a 26-year-old, Andrea Meza from Mexico won the title of Miss Universe 2020 in the U.S. state of Florida.

A total of 80 women had started out running in the Miss Universe pageant final but South Africa withdrew support for its own candidate.

According to the organisers, a candidate from the United Arab Emirates entered the competition for the first time this year.

In addition, for the first time in more than four decades there was a candidate from Morocco.

The 2020 competition had been postponed due to the COVID-19 pandemic.