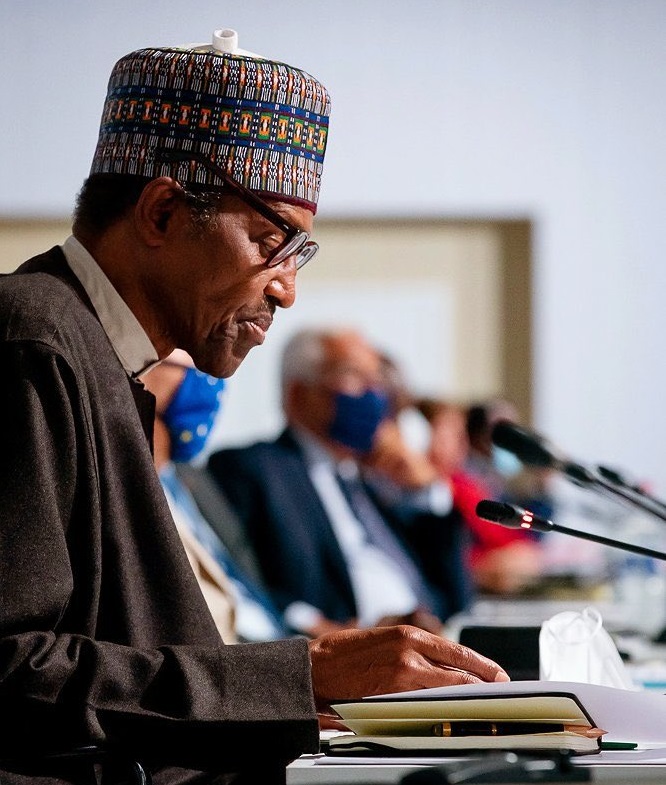 President Muhammadu Buhari has said that a stronger Executive-Legislative partnership would deepen democracy in the country.

Buhari stated this while declaring open, the ‘Maiden Distinguished Parliamentarians Lecture 2021’ held in Abuja on Monday.

The lecture which was organised by National Institute for Legislative and Democracy (NILDS) had a theme “The Legislature, Legislative Mandate and the People”.

The President was represented by the Secretary to the Government of the Federation (SGF) Mr Boss Mustapha.

Buhari while noting that Presidential democracy in Nigeria had experienced successful transitions from one administration to the other, also said that it had witnessed a smooth handover from an incumbent to the opposition party.

He, however, said that the executive arm of government would continue to build on the existing good working relationship with the legislature to ensure that the interest of every Nigerian was advanced and public good delivered.

“Our democracy has similarly been confronted by several challenges, some novel, that required hitherto unanticipated solutions, while others, though familiar, required adaptation to meet prevailing circumstances.”

“In other situations, the executive-legislative relationships have come into focus especially, as it concerns the exercise of powers enshrined in the Constitution and the practice of checks and balances.”

He said that with the review of the 1999 Constitution, the introduction of the lecture offered a veritable platform to enunciate outcomes of research, comparative analysis and best practices in the country’s quest to enthrone good governance.

Buhari thereafter urged the National Assembly and NILDS to ensure that the outcome of the lecture was well documented and circulated.

“I similarly charge you to ensure that this lecture series is sustained and targeted at addressing key national and constitutional issues in a manner that would strengthen our democracy, eliminate grey areas and enthrone best practices.”

In his remarks, Speaker Femi Gbajabiamila, said that democracy thrived when competing views and opposing visions of the future could be freely espoused, assessed and critiqued in the marketplace of ideas.

This is so that only those positions that could withstand critical analysis became policy and law.

“This lecture series is in furtherance of the shared commitment of the 9th National Assembly and the Institute to expand the civic space and enlarge the marketplace of ideas where citizens can engage constructively to find solutions that will shape our nation’s future.”

Also speaking, former Senate President Ken Nnamani who was chairman of the occasion said that the critical role of the national assembly required that the lawmakers were knowledgeable enough to assist the President to execute projects that would make the lives of Nigerians “worth living”.

Also contributing, the Director-General of NILDS, Prof. Abubakar Sulaiman, said that the lecture series had been initiated by the National Assembly as a bi-annual event.

This, Sulaiman said was to broaden legislative experience by bringing together eminent speakers to share knowledge and encourage thought-provoking conversations on issues of national importance, especially those having relevance to the legislature.

“We believe that such an engagement undertaken at regular intervals, is critical to improving legislative openness and in the process encourage citizen’s participation and dialogue to raise the awareness and interest of citizens to participate in the work of parliament.”