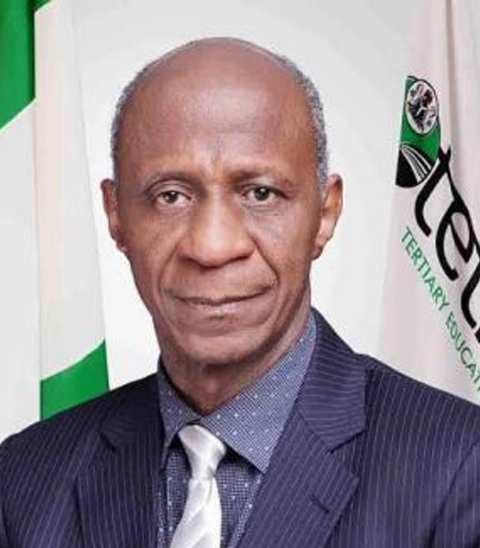 Prof. Suleiman Bogoro, the Executive Secretary of Tertiary Education Trust Fund (TETFund) has been selected as winner of the 2021 Nigerian Prize for Leadership(NPL) Award, in recognition of his leadership qualities.

Prof. Jerry Gana, Chairman, Prize Presentation Committee and Vice Chairman of NPL Governing Board disclosed this at the graduation of 54 NPL Ambassadors in Abuja.

Gana said that Bogoro was also selected based on his numerous achievements in office.

He said that the NPL Ambassadors were youths deliberately raised as crop of leaders to transform Nigeria in future.

“Last year we had 54 of them, fifty three graduated and some of them are now fellows, we are deliberately training younger people, specifically inviting them from across the country into an institute here in Abuja.”

“Secondly, the processes of selecting a leadership winner, a prize that Bogoro won is also very different with us.”

“We identified the criteria; we had a panel of experts who did an excellent job identifying some eight key things which should be looked into after taking nominations from across the country,” he said.

Gana added: “The person who became the winner for today from the report submitted had over 85 per cent, followed by someone who had about 80 per cent and the third person about 70 per cent.

He said that NPL selected the winner through a rigourous scientific feeling and not through a feeling guess work or random sampling.

“It is a systematic kind of identification, evaluation, assessment scientifically of people who have done very well and we are very happy for the process,” he said.

“In three years time, Nigeria will have a crop of people who know what it means to be a leader.”

“There are certain characteristics that have now come into the consciousness of Nigerians that leadership is not just about talking but about the capacity to be able to take decision in addition to wisdom and character.”

“So there are certain things that are already emerging and Nigerians wont be taken for a ride.”

“Therefore from those few who they can see these characteristics they will vote for the right person in 2023 but in a few years’ time ,you will have a crop of hundreds and thousands trained to be leaders so we are raising the standard of leadership,” he said.

Prof. Anya Anya, the Chairman, Governing Board, NPL, said that Nigeria was going through a period of birth pangs.

“The NPL believes that the pains will produce new Nigerians that will birth a new nation.”

“The NPL is an initiative of Leadership Advancement Foundation (LEAF) is an intervention by some eminent Nigerians to chart a new course of deliberate action aimed at identifying and reinventing a new culture of leadership.”

“This paradigm will also raise a stronger credible successor generation of leaders for the nation on a sustainable basis and across different sectors of the society,” he said.

He said that NPL target was to institute a truly Nigerian leadership prize that would inspire Nigerians to lead a life of larger than self for community, nation and humanity.

Anya said that the objective of the prize was predicated on confronting the ugly culture of poor leadership which dotted the nation for decades.

Nigeria to have widest 5G coverage in Africa by 2022 — Pantami