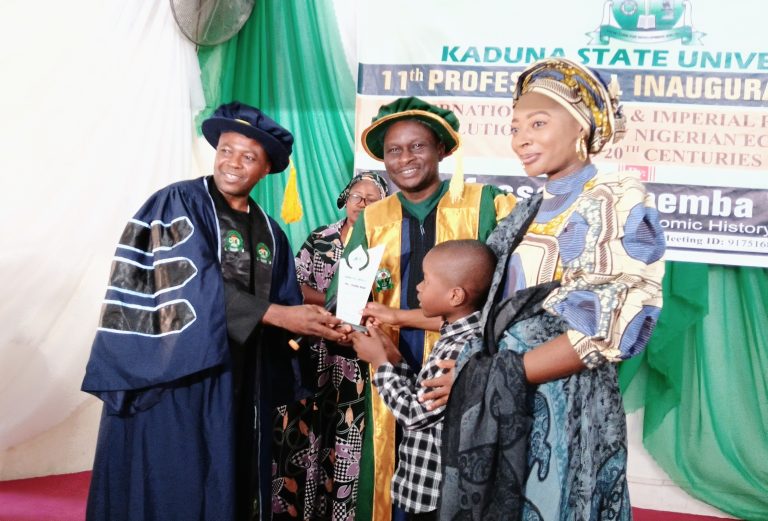 Wuam, a professor of Economic History at Kaduna State University, stated this on Tuesday in Kaduna while delivering the institution’s 11th inaugural lecture.

Our correspondent reports that the lecture was entitled: “International Trade and Imperial Precursors: The Evolution of a New Nigerian Economy in the 19th and 20th Centuries.”

According to him, the importance of international trade is in its ability to make nations and people prosperous.

“Nations become prosperous when they produce and trade, earning revenue and income by levying taxes on trade,” he said.”

The don further stated that Nigeria should trade more internationally with a global market of up to seven billion customers.

He called for intensification of agriculture in the country, as was done in the 19th and early 20th centuries and promotion of industrial take-off.

Wuam noted that promoting an industrial take-off was achievable if the creative and digital energies and capabilities of Nigerian youths were effectively and efficiently utilised.

“My proposal is for the adoption of a rational economic strategy, with the potential of the knowledge of economic history, to position Nigeria to tackle more effectively its economic development challenges.”

“This is because both production and trade are important for meaningful development of the modern economy in the country.”

“Government should give maximum support to the provision of relevant infrastructure and policies for trade to prosper and engender economic development.”

The professor explained that the nation’s economy witnessed several structural changes in the 19th and 20th centuries, with fundamental influence on the material existence of the people.

He added that the coming of 19th century European merchants and eventually, colonialism contributed to rearticulating the foundations of production and enabled transition from pre-capitalist to full-fledged market economy in which production was geared towards the market and governed by profit.

“The provision of colonial infrastructure and policies favourable to trade greatly expanded production and opened the national economy to all Nigerians and to overseas markets for agricultural commodities.”

“It was this expansion of production and trade that enabled Nigerians to accumulate capital and the goods and services necessary for material prosperity.”

“I, therefore, advocate for a national receptiveness to new ideas and openness to the economics of globalisation, as this will open the country to even more solid economic growth within decades.”

“This fundamental assertion builds on the outlines of the country’s economic history that highlighted what was, what came to be and how best the example of the past and the present can be utilised to shape a future with specific outcomes,” he said.

Wuam stressed the need for the present and future efforts towards development to be mindful of the successes recorded so far, taking special cognisance of the valuable lessons of the colonial foundations.

According to him, government must remedy the current challenges of the day, including the education and skill gaps and the inability of the state to mobilise financial resources from citizens for development.