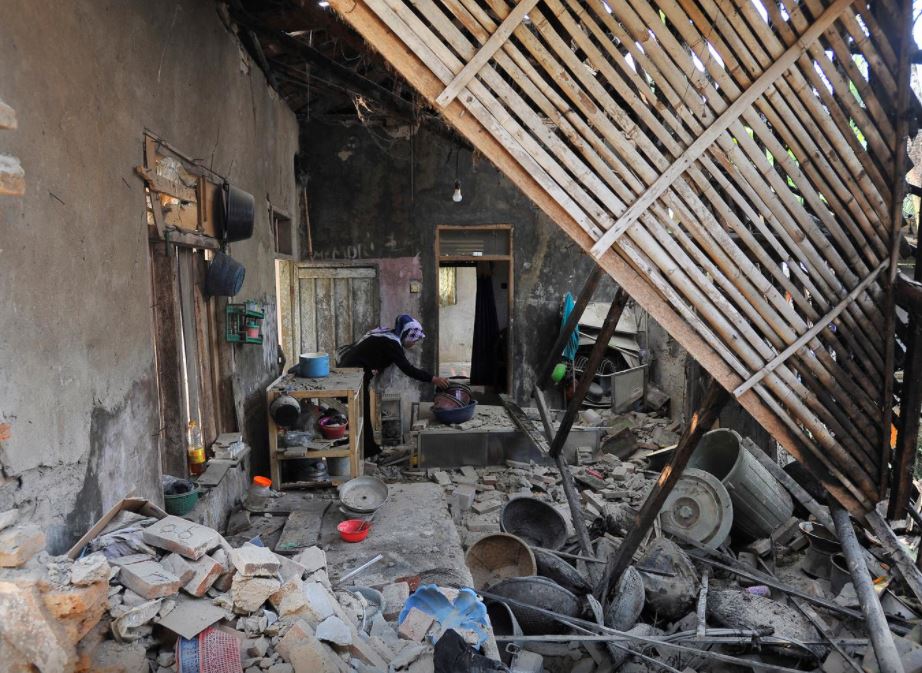 Indonesian authorities on Tuesday issued a tsunami warning after a magnitude-7.5 quake rocked parts of the country’s east, but no immediate reports of damage.

The National Meteorological, Geophysical and Climatological Agency said the quake occurred at 12:20 pm (0320 GMT), with the epicentre 112 kilometres north-west of Larantuka on Flores island, at a depth of 12 kilometres.

Television footage showed residents in Sikka on Flores island packing on the streets on motorcycles and foot to escape coastal areas.

Anton Hayon, East Flores District Chief, said there were no immediate reports of damage and the quake was felt for several minutes as people fled from their homes.

According to the agency, the quake was followed by an aftershock measuring magnitude-5.6.

Indonesia experiences frequent quakes and volcanic eruptions due to its position on the pacific ring of fire.

Among Indonesia’s string of deadly quakes was a devastating 2004 magnitude 9.1 tremor that struck off the coast of Sumatra and triggered a tsunami that killed 220,000 in the region.

In 2018, a powerful quake shook the island of Lombok and several more tremors followed over a couple of weeks, killing more than 550 people on the holiday island and neighbouring Sumbawa.

S. Africa’s Ramaphosa back at work after COVID-19 self-isolation