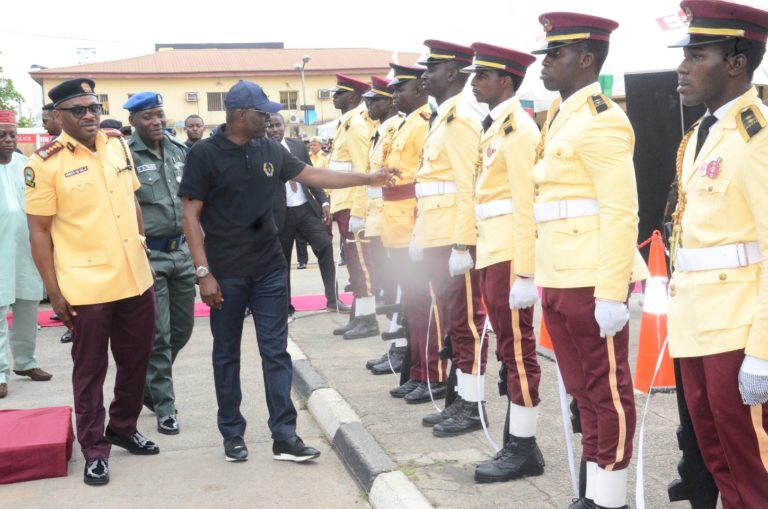 The Special Adviser on Transportation to Gov. Babajide Sanwo-Olu, Mr Toyin Fayinka, gave the advice during the Rebranding of the Special Traffic Mayors and Interactive session of LASTMA personnel with core stakeholders in Lagos.

Fayinka said that members of the 25 Special Traffic Mayors (STM) would support in complementing the work of LASTMA in ensuring Lagos was free of traffic at all times.

“LASTMA officials must cooperate with Special Traffic Mayor; do not see them as your opposition because they are not collecting your salary, neither delaying your promotion, but they are established to improve your operations.

“One of Gov. Babajide Sanwo-Olu’s agenda is to make Lagos free of traffic, which he has been working tirelessly in ensuring Lagos is traffic free.

“The governor has also improved LASTMA welfare in all ramifications to enable them achieve success in their duties.

“So, I will like to advise LASTMA officials to always seek help and support of STM to address emergency issues, when is need for quick and effective operations,” Fayinka said.

The special adviser added that the present LASTMA officials could become STM after retirement.

According to him, majority of STM are retired civil servant and successful businessmen who have passion for traffic control.

The General Manager of LASTMA, Mr Bolaji Oreagba, who was represented by the Director of Operations, Mr Peter Emmanuel, said that it was necessary to rebrand the LASTMA mayors for a better service to humanity.

According to Oreagba, rebranding has many meaning, it is either you overhaul, relaunch, remodel, revamp, reinvent for better service.

He said that LASTMA was an autonomous body charged with administration, control and management of road traffic matters with a system of operation.

The general manager said the STM was in responsive to the demand of traffic problems, easing traffic congestion and reduce travel delays.

“Traffic control is an outdoor occupation, night or day for long hours in all weathers, and it is considered a dangerous occupation due to the high risk of being struck by passing vehicles.

“The STM work is a voluntary service of the state as a special call and a rare honour which must be pursed with great resilience and objectivity, and a noble service to mankind,” Oreagba said.

He urged STM to, therefore, see themselves as worthy ambassadors of the government and the people they were serving as a bridge across-the-board at both ends and a great pride to humanity.

In his closing remarks, the agency’s Controller Traffic Management and Survey, Mr Ayo Osintimehin, urged members of STM who were rebranded and ready for operation to complement the efforts of LASTMA operation.

Osintimehin said that in the integration, their modus operandi was to move the traffic operations to the next level in Lagos State.

They lauded the state government for giving them the opportunity to serve the state and contribute meaningful to the country.