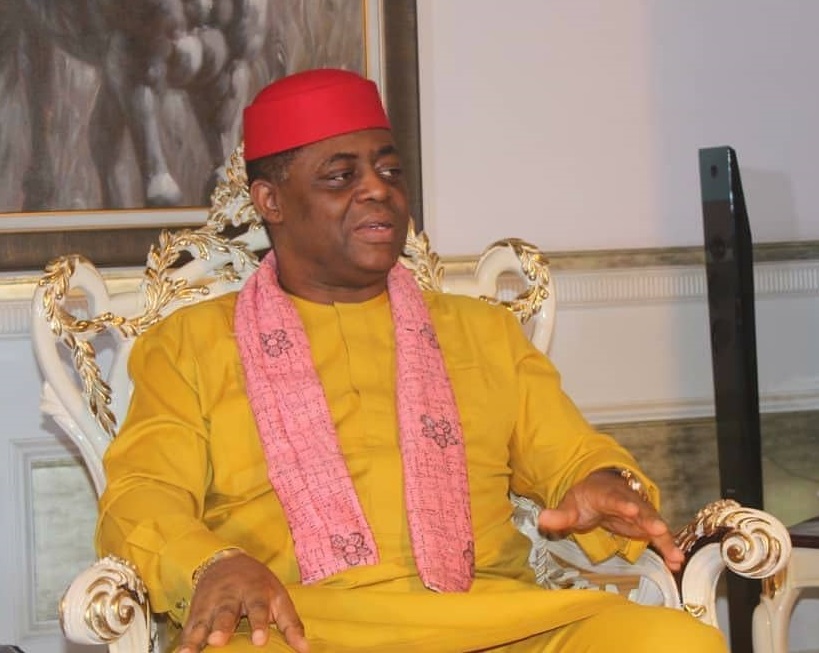 Fani-Kayode appeared before an Ikeja Special Offences Court on a 12-count charge.

Our correspondent reports that Fani-Kayode, however, pleaded not guilty to the 12 counts which include procuring execution of documents by false pretences, use of false documents, fabricating evidence and use of fabricated evidence.

Following the defendant’s not guilty plea, counsel to EFCC, Mr S.I. Suleiman, asked the court for a date for trial.

He also prayed the court to remand the former minister.

In an oral application, counsel to Fani-Kayode, Mr Wale Balogun, however, prayed the court to grant him bail in accordance with Section 115(2) of the Administration of Criminal Justice Law, 2021 as amended.

He said that the defendant has, since 2016, been standing trial before two justices of the Lagos Division of the Federal High Court and had met all the requirements for bail in the cases.

Balogun noted that Fani-Kayode had deposited his international passport to the Federal High Court as part of the terms of his bail.

He said: “Upon the commencement of investigation into this matter, the defendant was invited on Nov. 23 by the EFCC and interviewed for several hours and granted bail on self-recognition.”

“He was also invited on Nov. 30 by the commission where he was served the current charge.”

“He was released to me and I gave an undertaking to produce him in court for arraignment.”

“All the offences in the charge are bailable, with punishment ranging from three to seven years. We apply that your lordship’s absolute discretion be applied to the defendant.”

The counsel noted that the defendant was a two-time minister of the Federal Republic of Nigeria.

“He is 61 years old and by no means a flight risk,” the counsel submitted.

Granting the bail, Justice O.O Abike-Fadipe said that EFCC did not appear to oppose the bail application and that the defendant did not pose a flight risk.

“The defendant shall execute a bond in the sum of five million Naira and file an undertaking that he shall attend all proceedings in this case.”

“The defendant shall present a surety in like sum who shall be resident within the jurisdiction of this court; the surety shall also execute a bond in the sum of five million Naira,” she held.

Earlier in a ruling, Abike-Fadipe dismissed an application filed by defence on Dec. 14, seeking that the former aviation minister should not be arraigned for lack jurisdiction by the court to hear the case.

She cited the provisions of Sections 296 of the ACJA and 274 of the ACJL as amended.

“These provisions state that before the court hears a preliminary objection raised by a defendant to the charges brought against him by prosecution, the charges must be read to him,” she said.

The judge adjourned the case until Feb. 4.

According to EFCC, the former aviation minister, through one Dr Ogieva Oziegbe, procured fake medical reports on various occasions to avoid attending his trial at the Lagos Division of the Federal High Court.

“The defendant falsely purported before the Federal High Court, Lagos, in charge number FHC/L/251C/2016, that the reports were issued by Kubwa General Hospital or the Federal Ministry of Health, Abuja, Federal Staff Hospital,” the commission said.