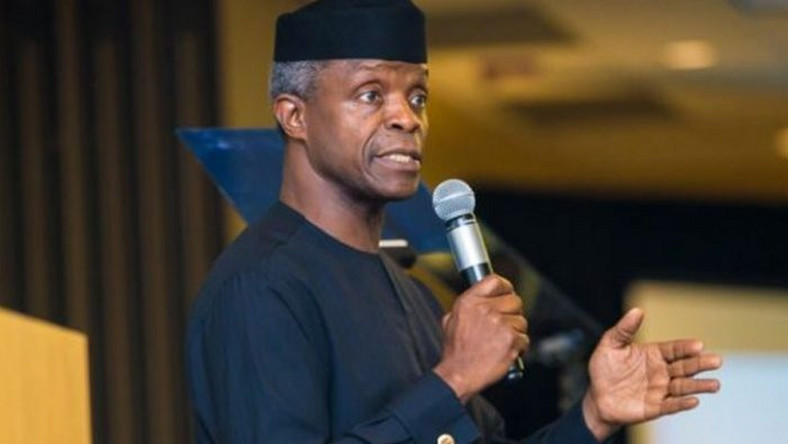 The Sen. Abiola Ajimobi Foundation (SAAF) on Thursday in Ibadan dedicated a resource centre to the Institute for Peace and Strategic Studies (IPSS), University of Ibadan.

Our correspondent reports that the building, dedicated in memory of late former Gov. Abiola Ajimobi of Oyo State, was inaugurated by Vice-President Yemi Osinbajo.

Our correspondent reports that the dedication was performed during the 4th Sen. Abiola Ajimobi Roundtable and 72nd Posthumous birthday held at the University of Ibadan (UI).

Mrs Florence Ajimobi, wife of the late former governor and SAAF President, said the project was in furtherance of the promotion of late Ajimobi’s legacies on good governance.

She said that the project was aimed at promoting the legacies which the collaboration of SAAF and IPSS was vigorously pursuing.

“This centre, we expect, will further advance the quest for knowledge as it is serving even from today.”

“The roundtable has, content-wise, espoused ‘Biola’s desire to continuously challenge public governance and its executors towards enhancing the quality of governance and leadership in our country,” she said.

Mrs Ajimobi said that the ultimate desire was to attain a progressively advancing country towards realising its essence which is basically to advance the course of humanity.

She said that theme of the roundtable, entitled, ‘Election Security and Good Governance’, was intended to prepare the grounds for peaceful as well as proper elections in Nigeria.

The SAAF president said that the country would emerge stronger and compellingly more purposeful for its citizenry when the process of assuming leadership was further strengthened.

Ajimobi expressed hope that positive development would be attained at subsequent polling exercises.

Prof. Kayode Adebowale, Vice-Chancellor, University of Ibadan, appreciated the Ajimobi family and SAAF for the donation, promising proper utilisation of the edifice.

Adebowale, who was represented by Prof. Ezekiel Ayoola, Deputy Vice-Chancellor (Administration), said that the late Ajimobi was a student of the institute until his untimely death.

Dr Dominic Danjibo, IPSS Director, said that Nigerians don’t prioritise nor invest in education as expected, saying universities were lowly-funded in the country.

Danjibo, who appreciated the newly dedicated building, promised that the structure would continue to produce great minds in the country.

Jega urged Nigerians to give their best in the building of an egalitarian society where Nigerians would live peacefully and choose their leaders through credible elections.

Retired Brig.-Gen.Sani Usman, Mr Babajide Otitoju, Mr Majeed Dahiru and Prof. Antonio Simbine, who were discussants at event, also stressed the need to address the challenges of insecurity in the country.

They all submitted that the insecurity ravaging the country must be defeated for Nigerians to live in harmony and create a conducive environment for good governance.

Earlier, Prof. Isaac Albert, the moderator of the roundtable, said the essence of the programme was to bring the people together to brainstorm on how security challenges during elections could be addressed.

He said that the platform availed stakeholders with various experiences and expertise to chart a way forward for free, fair and credible elections in future.

Others were Prof. Adeniyi Olowofela, members of the Ajimobi family, traditional rulers and hosts of prominent political leaders.

Our correspondent reports that Sen. Bola Tinubu, Chief Bisi Akande, Ooni of Ife, Oba Enitan Ogunwusi were all represented at the event.