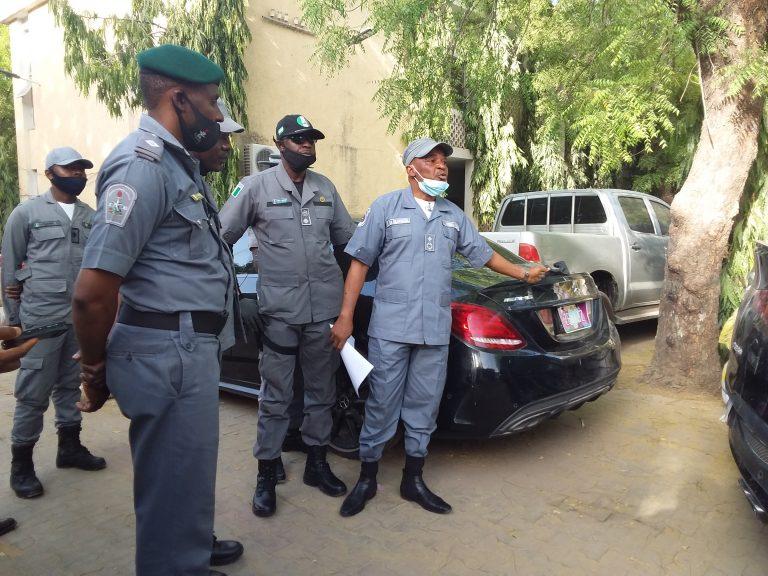 It also seized 7,059 bags of 50kg of foreign parboiled rice.

The Acting Controller of the unit, Deputy Comptroller Hussein Ejibunu, made this known in a media conference in Lagos on Wednesday.

He noted that the seized items, which have a duty paid value of N713, 663,355, were seized within three weeks.

Ejibunu said that 27 suspects were arrested in connection with some of the 1,800 seizures made.

He said the seizures were the result of unrelenting and uncompromising anti-smuggling activities by the unit aimed at enforcing government policies and protecting the nation’s economy.

“Also among the seizures are 186 pieces of used bags, three used vehicles; 43 used motorcycles; 70 cartons of tomato paste and 39 used fridges,” he said.

On the legality of patrols and seizures by customs officers, Ejibunu explained that Section 147 of the Customs and Excise Management Act, 2004 , as amended, gives the service authority to enter any premises on suspicion of harbouring prohibited items, without warrant.

He said that Section158 gives Customs officials the authority to patrol freely and Section 46 confers authority to seize prohibited items.

Ejibunu added that Section 11 gives the power of prosecution of anyone obstructing customs officers from doing their duty.

On the killing of customs officers, Ejibunu expressed the determination of the service to arrest anyone involved in murderous acts and announced the arrest of one of the prime suspects who killed an officer on active service on Sept. 11.

He noted that the unit within the period under review also seized 721.5kg of cannabis which was handed over to the National Drug Law Enforcement Agency (NDLEA).

Ejibunu added that a seizure of 607kg of the illicit drug was made on Oshodi-Mushin Expressway without a suspect being apprehended, while 114.5kg was intercepted and seized on Ijebu-Ode-Abeokuta Expressway with a suspect identified as Anthony Duru arrested.

He pointed out that the unit had recently handed over 14,728kg of cannabis sativa to NDLEA, stating that the item was a contributor to criminal activities that should not be allowed in the society.

He described the NDLEA as an agency carved out of the NCS and a worthy partner with the service in the suppression of crimes.

Receiving the cannabis sativa on behalf of the NDLEA, Mr Humphrey Ugwoke, a Deputy Commander of Narcotics (DNC) thanked DC Ejibunu for his contribution to the fight against illicit drugs.

He equally commended the cooperation between both agencies of government.