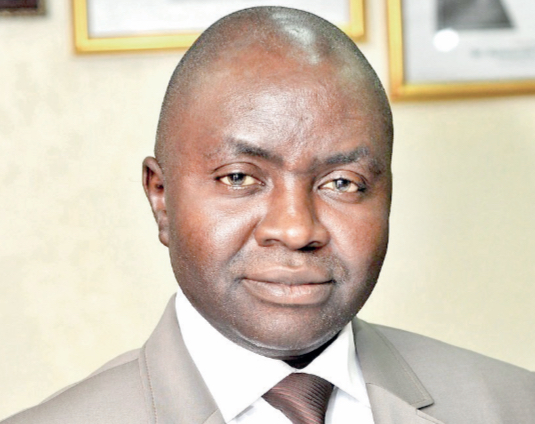 The Centre for the Promotion of Private Enterprise (CPPE) has called for review of payment of 50 per cent of the amount in dispute at the tax appeal tribunal.

Dr Muda Yusuf, Chief Executive Officer, CPPE, and former Director General, Lagos Chamber of Commerce and Industry (LCCI) made the appeal at the maiden press conference by the centre on Wednesday in Lagos.

Yusuf submitted that payment of 50 per cent of amount in dispute before an appeal is heard was contrary to the principle of natural justice as it constituted an obstruction to fair hearing.

“We, therefore, call on the finance minister to review this policy urgently.

“Besides, the rule is in conflict with the Federal Inland Revenue Service (FIRS) Establishment Act that setup the tribunal.

“We, therefore, request that this rule be expunged from the proceedings of the tax appeal tribunals in the interest of fair hearing,” he said.

Yusuf also commended the government for proposing the removal of the 0.25 per cent of turnover levy imposed on companies for the National Science and Engineering Institute (NASENI) levy.

He, however, noted that new taxes were being frequently added to the myriad of taxes on the already over-burdened private sector.

“This is in addition to the burden of dealing with multiple tax agencies from FIRS to states IRS, Customs, etc all trying to collect revenue and conduct tax audits.

“These taxes should be harmonised,” he said.

Addressing macroeconomic variables, Yusuf said inflationary pressure caused by structural constraints, insecurity and other factors remained a major cause for worry both for businesses and households.

To tackle this, the CPPE Chief stressed the need to address key drivers of inflation such as minimising the monetisation of fiscal deficit, insecurity, logistics concerns, among others.

“We need to address climate change concerns, review our trade policy to bring down the cost of some intermediate products for manufacturers and boost productivity in the economy to drive output growth.

“We witnessed four consecutive quarters of GDP growth since the exit from recession in fourth quarter of 2021.

“However, for the recovery to be sustained, it is important to create an enabling environment for positive investor sentiments in the economy.

“This should be driven by policy, regulation, macroeconomic conditions, and security of life and property,” he said.

On investment climate, Yusuf said the plan to reintroduce excise duty on carbonated drinks was ill-timed given the harsh prevailing economic situation.

He also harped on the need to urgently ease cargo clearing processes at the ports by deploying technology and reducing the number of clearing agencies at the ports.

The former LCCI DG also called for the downward review of energy costs for manufacturers and improvement on its availability.

“Manufacturers have complained about high cost of gas and also worried about availability.

“There is also the added challenge of having to pay for the gas in dollars; this is inequitable and needs to be urgently corrected.

“It is unfair to demand for payment for gas by industrialists in foreign currency when manufacturers are selling their products in naira.

“Secondly, it is against the extant regulation and policy of the CBN on payment for domestic transactions and we request an urgent intervention by the government to correct this anomaly,” he said.