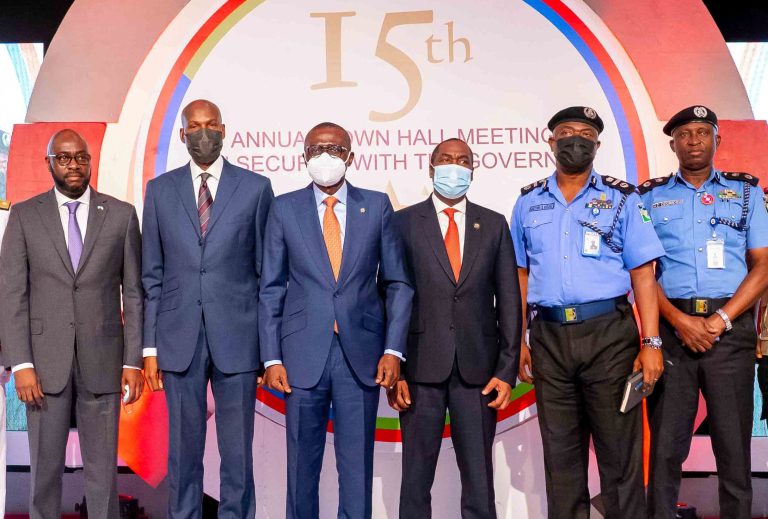 Lagos State Governor, Mr Babajide Sanwo-Olu, on Wednesday said that the government procured and deployed security assets worth N3 billion for the Nigeria Police Force in 2021.

Sanwo-Olu made this known during the 15th Annual Town Hall Meeting On Security With The Governor, with the theme: ”Reconceptualising Safety and Security in Lagos State”.

He said that the procured security assets was in collaboration with the Lagos State Security Trust Fund (LSSTF), with the active support of the private sector.

”Ultimately, the most important contribution we can make to security is what we do to prevent it from being disrupted in the first place.”

”Nowhere is the maxim of ‘Prevention is better than Cure’ truer than when it comes to security; it is much easier and less expensive to prevent crime and criminality in the first place than to try to tackle it, when it has taken root.”

”In addition to those physical assets, our interventions have included daily fueling of security vehicles and boats, continuous training of security personnel, and routine maintenance and repairs,” he said.

Sanwo-Olu said that the state government was reviewing its strategies and bringing on new approaches to ensuring it achieved its goal.

He said that the Lagos State Neighbourhood Safety Agency had been reorganised to play a more active role in providing intelligence, in line with the community policing structure.

The governor said that the Neighbourhood Safety Agency had been reorganised to provide manpower support to augment the resources of the police, in areas like crowd control, traffic management and other community engagement responsibilities.

He said that the state government would continue to train and retrain all its enforcement agents, while also supporting the federal security agencies to improve their effectiveness.

”We have continued to foster engagements with the various security agencies in the state, demanding that they work together to dislodge criminal elements from our state.”

”These engagements have yielded results as we have developed a mechanism in which every agency works in synergy with others, to improve the state’s security architecture.”

”We are currently restructuring the 112 and 767 Emergency Call Centre to enable it deliver on its mandate, and earn the confidence of the people of Lagos State. In line with our vision of a 21st century megacity, we will deliver a Call Centre that is truly responsive.”

”On a related note, we are also progressing on our goal of installing a network of internet-enabled security surveillance cameras across the metropolis,” Sanwo-Olu said.