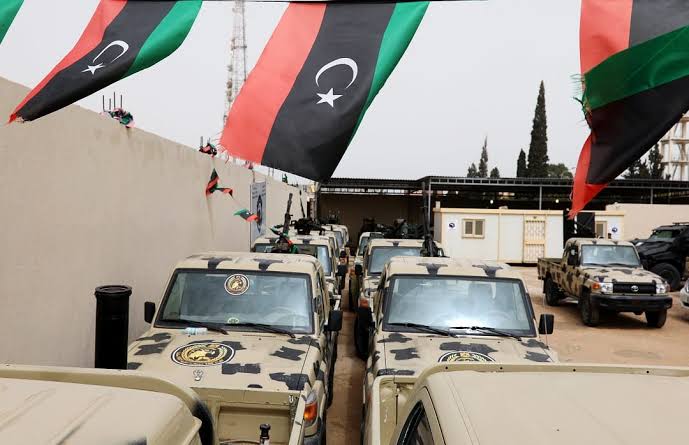 The UN Support Mission in Libya (UNSMIL) on Tuesday expressed concern over the unfolding security situation in the capital, Tripoli, where forces affiliated with different armed groups have been deploying.

The development came as Libyans awaited news about the postponement of long-promised landmark elections, due to take place on Friday.

The current mobilisation “creates tensions and increases the risk of clashes that could spiral into conflict,” UNSMIL said in a statement.

“Any disagreements on emerging political or military matters should be resolved through dialogue, particularly at this stage when the country is navigating through a difficult and complex electoral process that should usher in a peaceful transition,” the statement said.

Libya has faced critical political and security challenges in the decade since the overthrow of its former leader, the late Col. Muammar Gadaffi.

UN Secretary-General António Guterres has previously described the elections as “an essential next step on the road to peace and stability” in the country.

UNSMIL warned that the developments in Tripoli “do not bode well” for ongoing efforts towards maintaining the stability, security and political conditions conducive to holding elections that are peaceful, credible, inclusive, free and fair.

The Mission called on all Libyans to exercise restraint at what it called “this delicate moment”.

They were encouraged to work together to create a security and political atmosphere that would preserve the country’s progress and enable peaceful elections and a successful transition.

Meanwhile, UN Special Adviser on Libya, Stephanie Williams, is continuing her engagement with stakeholders towards this objective.

Williams, who was appointed earlier in December, had previously served as Acting Special Representative and Head of UNSMIL from March 2020 until January 2021.

She was at the helm when the mission brokered a historic ceasefire in October 2020 between the two rival administrations battling for power in Libya.

The accord paved the way to a political roadmap and transitional government and the historic presidential and parliamentary elections.

S. Africa’s Ramaphosa back at work after COVID-19 self-isolation