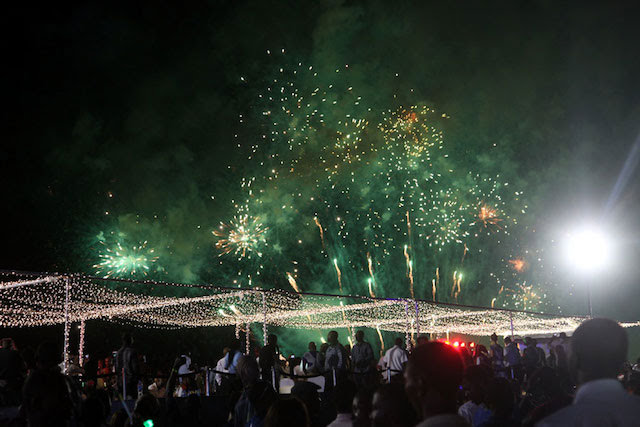 The Christian Association of Nigeria (CAN), Oyo State chapter, has warned people, especially youths, to desist from throwing fireworks on streets, in and around churches while celebrating Christmas.

The Chairman of the Association, Apostle Joshua Akinyemiju, gave the warning in an interview with our correspondent on Friday in Ibadan.

Akinyemiju said that anyone caught would be reported to the law enforcement agencies, while the parents of such offenders would be sanctioned.

He urged the police to ensure that the sale of fireworks was restricted or controlled especially at Yuletide.

“Also, the government should control the sale and use of fireworks.”

“There should be stiff penalty for both the seller and the user when caught.”

“Church leaders on their pulpits should emphasise the dangers in the use of fireworks.”

“They should advise parents to warn their children, as serious disciplinary action would be taken against defaulters,” he said.

Akinyemiju stated that fireworks could propel a cocktail of chemicals into the atmosphere, many of which could harm both human and the environment.

According to him, many fireworks contain oxidisers known as perchlorates, which can dissolve in water and contaminate rivers and lakes.

The clergyman said that the increase in the sound levels could lead to restlessness, temporary or permanent hearing loss, high blood pressure, and sleep disturbance.

“If not properly handled, fireworks can cause burns and eye injuries in kids and adults.”

“The best way to protect our family is not to use any fireworks at home and in the public displays; the lighting of fireworks should be left to the professionals as much as possible.”

“Parents are advised to caution their children/wards and keep them abreast of the dangers inherent in the use of fireworks,” he said.

Also, the Oyo State Police Public Relations Officer (PPRO), DSP. Adewale Osifeso, warned that the ban on the use of fireworks remained valid and that the Command would enforce all extant laws prohibiting its sales and usage during this season.

He advised parents, guardians and leaders at all levels to warn their wards and proteges against violating this law.

He warned that adequate sanctions would be meted out to offenders if caught.

Osifeso further advised dealers, traders and suppliers of such wares against stockpiling these prohibited items and selling to ignorant minors, as violators would be severely dealt with and prosecuted.

“The Commissioner of Police has directed all Area Commanders, Divisional Police Officers and Tactical Commanders to clamp down on all unauthorised street carnivals, which in most cases are avenues for instigating gang-related violence.”

“While re-affirming our commitment to the assurances of sustained levels of relative tranquility throughout the Yuletide and beyond, the Oyo State Police Command wishes you all a crime-free holiday, season’s greetings,” he said.

Christmas: Buhari vows to uplift quality of life of citizens