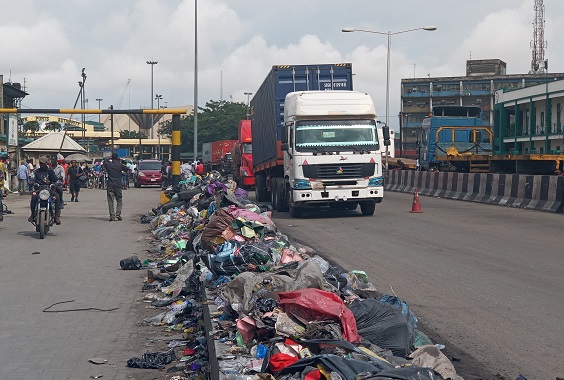 The Federal Government on Friday approved a new National Biosecurity Policy to protect environment, human health and socio-economic development of the country.

The Director Press, Ministry of Environment, Mr Saghir el Mohammed, said this in Abuja, that the policy was a practical demonstration of government’s commitment to protect the environment.

Announcing the development, Minister of State for the ministry, Chief Sharon Ikeazor, said that the approval was given on Thursday at the special session of the Federal Executive Council meeting.

“The Federal Executive Council (FEC), has approved the National Biosecurity Policy and action plan 2022 to 2026.”

“This is to ensure among other things, biosecurity for the protection of the environment and human health from harmful biological agents and to protect our socio-economic development.”

“The policy document aims to foster an integrated and holistic biosecurity strategy that will be implemented through One-health approach for the prevention, early detection, rapid response to biothreats and recovery from biosecurity incidents.”

“This policy is to ensure synergy and harmonisation among biosecurity stakeholders for effective and efficient operations of the national biosecurity systems.”

“It is to ensure that all aspects of National and International Agreement, Conventions, Guidelines and other instruments on biosecurity are duly taking into consideration,” she said.

According to her, it could be recalled that President Muhammadu Buhari in July 2019, assented to an amendment of the National Biosafety Management Agency Act, 2015.

“The amendment, mandating the agency to put measures in place to ensure biosecurity in Nigeria.”

Ikeazor explained that it was unanimously agreed at the FEC meeting that effective synergy among stakeholders would promote an efficient prevention, preparedness, response and mitigation system against any bio-threat.

“After going through several reviews, stakeholders validated the draft National Biosecurity Policy and Action Plan in September 2021, before it was presented to the FEC for approval.”

“We are very pleased with this approval in the environment sector, which gives the country a proper, comprehensive and workable document.”

“The document that will tackle biosecurity issues and ensure that bio-threats are properly contained and even eliminated.”