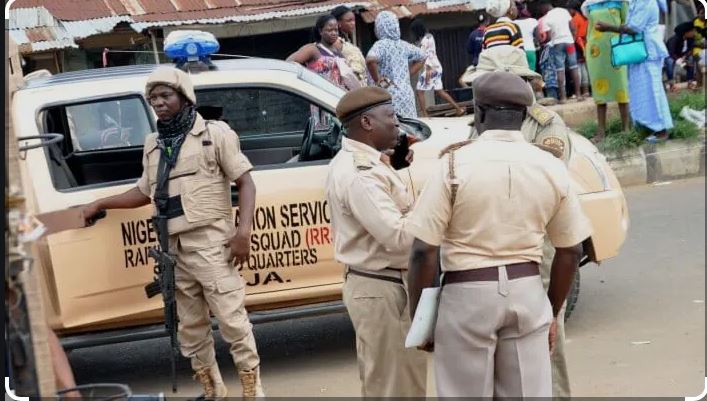 The Nigeria Immigration Service (NIS) has raised an alarm that there may be terrorist attacks in Abuja, the nation’s capital, between the 17th and 31st of December.

This is contained in a communique signed by NIS’ Land Border Patrol Commander, Edirin Okoto, the service said it has received a report from the presidency with regards to attacks to be orchestrated by foreign terrorists.

The planned assault is purportedly being led by one Drahmane Ould Ali, aka Mohammed Ould Sidat, an Algerian national who is to be assisted by one Zahid Aminon, a Nigerien national.

Okoto in his statement on behalf of the NIS noted that the duo is en route “Nigeria from Mali through Gao and the Niger Republic, riding a white Toyota Hilux van with Reg. No- AG157EKY.”

He added that these two had four Nigerian accomplices who are already embedded in the country.

Intelligence gathered by the NIS suggests that Ali holds an Algerian diplomatic passport with the name Najim Ould Ibrahim.

Consequently, the NIS Commander, who wrote on behalf of the Comptroller General, said he has been directed to request an intensifying of alert levels at the borders.

All operatives in charge were urged to emplace necessary countermeasures at all the nation’s entry and exit points (Air, Land, Sea/Marine), including, but not limited to, surveillance, rigorous search on persons and vehicles, transhumance, to effectuate the immediate arrest of these terrorists as to countervail this and any terrorist attacks in Abuja.

The NIS’s warning comes a few weeks after the Department of State Services (DSS) raised an alarm over plans by terrorists to attack military bases in border towns across the country.

The secret agency also put the Nigeria Customs Service on red alert to avert the pending attacks by the insurgents on Ogun border communities and other border towns across the country, noting that the warning is based on intelligence it gathered.

In a leaked memo dated November 25, 2021, and addressed to the Customs Area Controller, Nigeria Customs Service, Ogun Area Command, Abeokuta, the DSS advised customs and other security agencies in the country to put counter-measures in place to frustrate the plot by the insurgents.

According to the leaked document which was titled, ‘Plans By Insurgents To Launch Attacks On Military Bases In Various Border Communities,’ the planned attacks are to be carried out simultaneously on military posts and bases in various border communities across the nation.

The letter signed by the State Director of Security, Ogun State Command, M.B. Abdullahi, did not specify exactly when the attacks will take place but the indications were that it was imminent.

DSS further noted that in view of the foregoing and the likelihood, such attacks are not limited to the military personnel only.

The agency advised all law enforcement and security agencies with operational bases at border communities to take note of the threat and emplace countermeasures with emphasis on the personal security of operatives to frustrate the planned attack.