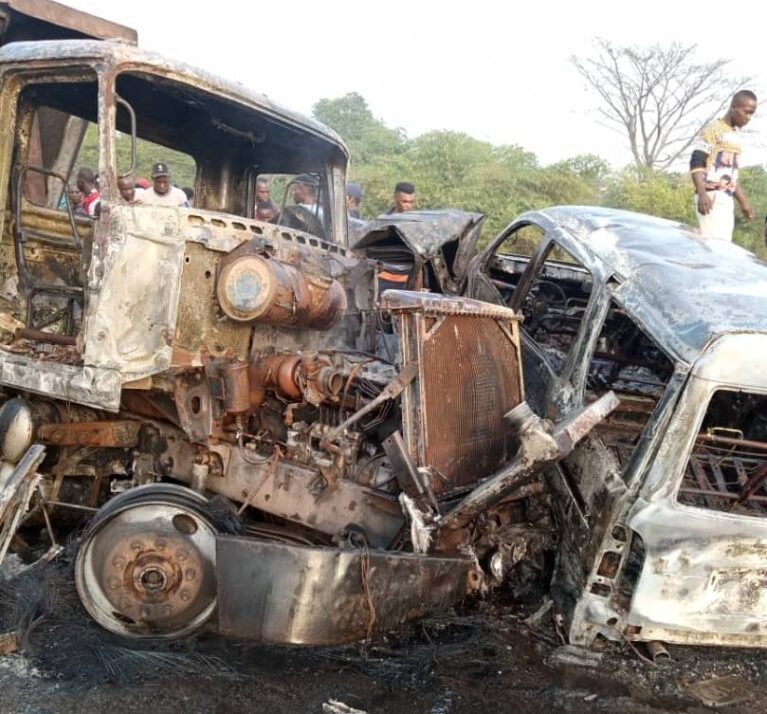 Mr Adeoye Irelewuyi, the Sector Commander, Federal Road Safety Corps (FRSC) in Anambra, confirming the incident to newsmen in Awka, said that the accident occurred at about 5.00 p.m.

Irelewuyi said that 20 people were involved in the accident which was caused by wrongful overtaking and speed.

“The crash involved a Mack truck with no registration number and a Mitsubishi L300 bus marked XA 857 UMN, carrying 14 passengers.”

“While the third vehicle involved in the accident is a Hijet Shuttle Bus with registration number UMZ23XC, occupied by five persons.”

“A witness report indicates that the driver of the Mitsubishi Bus was speeding and when he overtook wrongfully, collided with the truck and went into flames, while the shuttle bus ran into the already collided vehicles.”

“Four persons comprising three male adults and a female child rescued alive, were later confirmed dead at St. Joseph Hospital, Agulu, and their corpses were deposited at the hospital morgue,” he said.

The sector commander said that FRSC rescue team from Nanka were on ground to divert traffic, saying that efforts were being made to evacuate the burnt bodies and clear the obstruction caused by the crash.

While condoling with the families of the dead victims, Irelewuyi urged motorists to ensure that the road is free and safe before overtaking.

He urged them to always obey traffic rules at all times, and also endeavour to maintain the stipulated speed limits.