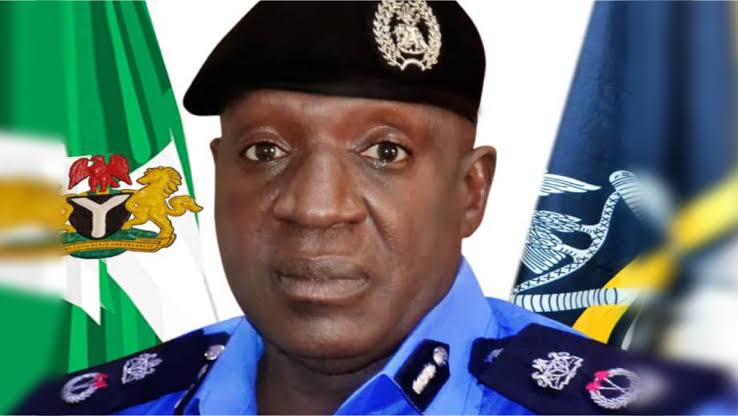 The Commissioner said this on Monday in Asaba at a security stakeholder meeting.

“Two-hundred-and-two suspected armed robbers were either arrested or had their nefarious plans busted before they were hatched in 2021.”

“Eighty-one suspected kidnappers were arrested in 2021 with 73 victims rescued and reunited with their relations,” he said.

According to Ali, 91 persons were arrested over alleged murder, while 513 suspected cultists were arrested either at their initiation grounds, their hideouts or during inter-cult clashes.

“For the recovery of arms and ammunition, 227 arms of varying calibres and 10,151 ammunition were recovered from suspected IPOB members, kidnappers and cultists.”

“The ratio showed that 156 arms were recovered from kidnappers and armed robbers; 49 arms from suspected cultists and 22 from murder suspects.”

“Out of the 10,151 recovered ammunition, 6,545 were from proscribed IPOB members, kidnappers and armed robbers, while 1,352 were recovered from cultists,” he added.

Meanwhile, some Delta residents have commended the police commissioner for the security architecture in the state which had led to crime reduction.

They noted that the killing of policemen and the snatching of their arms by suspected members of the proscribed IPOB took already permanent flight.

This, they said, followed the dislodgment of their hideouts in the forests of Okpanam and Anwai-Illah.

Mrs Joan Mrakpor, Director-General, Asaba Capital Development Agency, said: “Muhamned Ali is a blessing to Delta. Incidentally, he is policing a state where the governor is passionate about security of lives and property.”

“Apart from being a detribalised person, he knows his onions. I understand that he is not new to the state, but I think that is not the issue. He sure knows the police job.”

“We know what Asaba Township used to be prior to my appointment as director-general Asaba Capital Development Agency.”

“He assisted us with his men while we carried out the various demolitions we did to give the state capital a facelift from the former slum to what it is today.”

“That man is alive to his responsibilities. The usual report of kidnapping along the notorious Ubulu-Uku-Onicha-Ugbo Road that claimed innocent lives have long ceased.”

“If we have such level-headed police officers like CP Ali to man some of the volatile states in the country, we would be happy for it,” she said.

A U.S.A-based Ogbueshi Chukwuka said his experience during his visit to Nigeria in July showed the presence of policemen everywhere in the state.

“From Asaba Airport where I landed and was going to my village in Akuku-Igbo, I noticed a remarkable change in what you people call police visibility.”

“To be sincere, when I wanted to visit Nigeria and then my hometown, I was scared, because of what we used to read online about insecurity in our state, especially kidnapping.”

“But throughout the two weeks I spent before going back, there was no single incident of kidnap,” he said.

A veteran journalist, Emmanuel Obiamiwe, also described CP Ali and his management team as one of a kind.

“I think what stands CP Ali out is his detribalised nature aside knowing the job. He is a lover of everybody, especially pressmen. He operates an open door policy.”

“I think that is what endeared him to all and sundry.”

Police in Jigawa arrest 2 for alleged theft of cow

Our special patrols not limited to Yuletide – FRSC