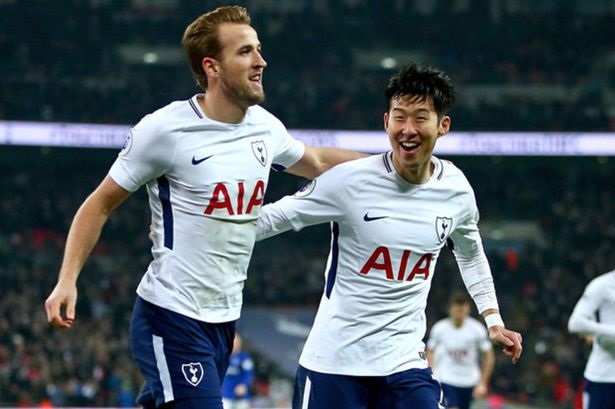 Spurs scored twice in the first half, while Palace, without manager Patrick Vieira after he tested positive for COVID-19, were reduced to 10 men when Wilfried Zaha was sent off for two bookable offences.

Tottenham started the game the better, and it was Son Heung-Min who tested Jack Butland in the opening moments.

Son’s effort from distance forced Butland to get down low to his right to scoop the ball behind.

Spurs had to wait until the 32nd minute to find the breakthrough. It came out of nothing, Lucas Moura breaking from midfield to square a pass to the unmarked Harry Kane, who swept his shot past Butland.

Two minutes later, Spurs had a second goal. This time it was Moura who got on the scoresheet, rising to head home from Emerson Royal’s perfect cross.

If Palace’s task was already hard, it became even more difficult in the 37th minute when Zaha was shown a second yellow card after he shoved Davinson Sanchez to the ground.

The second half was largely a non-event, with Spurs in control against 10-man Palace.

But the home side did find a third goal in the 73rd minute when Son guided home Moura’s cross from close range.

Tottenham have 29 points, six less than fourth-placed Arsenal but have played three games fewer after having two matches postponed this month because of COVID-19.

Conte has changed the vibe at Tottenham since taking over from Nuno Espirito Santo, and this latest victory provided further proof that his methods are paying off as his side avenged a 3-0 defeat at Palace in September.

“We started a bit slow but created chances to score. We improved the quality and the intensity and scored twice and for sure when we played against 10 men it was easier.

“Now we have to recover and make the best decision around our starting 11 for Southampton [on Tuesday]. It won’t be easy for us or other teams to play after two days,” Conte said.

Palace, who are 12th, failed to register a shot on target.

“The two goals and the red card changed the game. We knew it would be difficult with 11 men on the pitch, but it made it even more difficult after the red card,” Crystal Palace assistant manager, Osian Roberts, said.