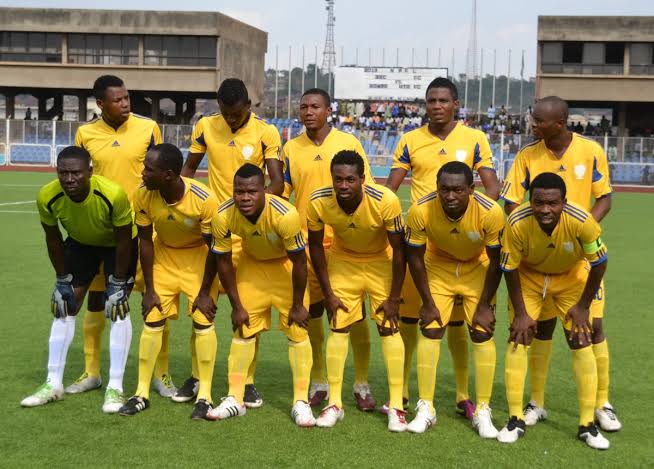 Our reports that the match day four fixture was played at Pantami Stadium in Gombe.

The Makurdi-based Lobi Stars succumbed to pressure from Gombe United in the second half, following a tough and goalless battle in the first half.

Reacting at a post-match conference, the Technical Adviser of Gombe United FC, Aliyu Zubairu, dedicated the victory to the club’s fans.

He said the fans had been relentless in their support for the team.

Zubairu said since the commencement of the league, his boys had been playing well, but had not been lucky with goals.

“The win will boost the confidence level of the team, and the team will no longer play under tension.”

The technical adviser expressed optimism that his team would secure at least a point when they face Katsina United in their next match.

On his part, the Assistant Coach of Lobi Stars, Eugene Agagbe described the match’s outcome as unfortunate, saying his team’s performance in the second half of the game resulted in the defeat.

Agagbe, however, said in spite the loss, he was not disappointed with the players, adding that the defeat would not affect his team’s morale ahead of their next match against Akwa United of Uyo.

“Any game that is played is gone, you let it go. You take home the mistakes so that you can improve and win the next game,” he said.

On their next match, Agagbe said the game would be tough, but he added “we will carry the day and get the three points.”

Our correspondent reports that substitute Yusuf Abdulazeez scored a brace for Gombe United in the game’s 52nd and 74th minutes, while Onyebuchi Onyeka scored an own goal in the 58th minute.