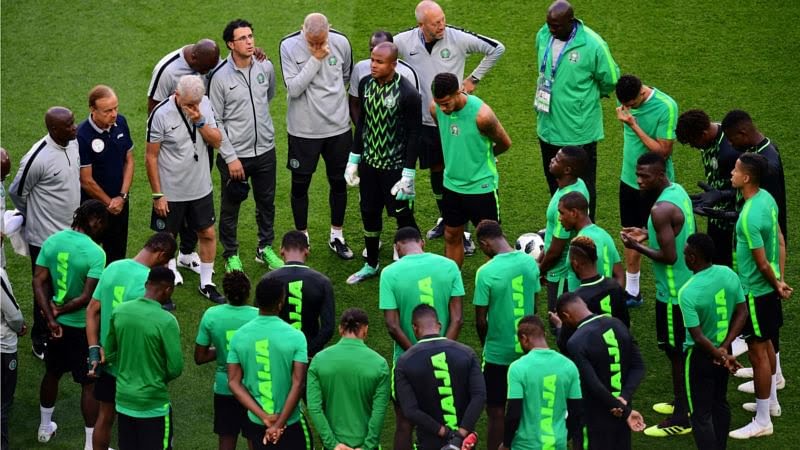 The Director of Communications of Nigeria Football Federation (NFF), Ademola Olajire, has assured Nigerians that the opening match of the Super Eagles against the Pharaohs of Egypt at the 2021 African Cup of Nations (AFCON) in Cameroon will be a good test.

Olajire said this on Wednesday in an interview with our correspondent on the sidelines of the press briefing of the 8th award ceremony of the Nigeria Pitch Awards at Ikeja.

Our correspondent reports that the Super Eagles of Nigeria will kick off their campaign at the 33rd AFCON in Cameroon against Egypt on Tuesday, Jan. 11.

Olajire, who said that team should be ready face the best teams before winning any major competition, added that there was still an opportunity for Liecester City’s Ademola Lookman to play for the team.

“If any team will have to win any tournament, such will have to face the best teams. It is good that Egypt is coming now so that we will be able to measure what we can do.”

“The players will go all out and fight, the coach has said that he will take it one game at a time, so Egypt first is a good test.”

“The NFF is still working on getting Ademola Lookman to play for Nigeria. The issue is that the player did not go for his Nigerian passport.”

“He was only able to do so about two months ago, thereafter, he sent us an updated letter of interest. The issue is not purely FIFA’s fault,” he said.

Olajire said that the technical crew and the Super Eagles scheduled to depart for Cameroon on Jan. 5, would go through a five-day rigorous training before the match with the Egyptian team.

“The Super Eagles will depart for Cameroon tonight, so they will have five days to train before the first match.”

“The team will have serious and energetic trainings to look at the patterns and tactics; I am sure they will be ready to do the job,” he said.

Our correspondent reports that the Super Eagles are in Group D of the 2021 AFCON with Egypt, Sudan and Guinea Bissau.

Conte stunned in first return to Stamford Bridge against Chelsea