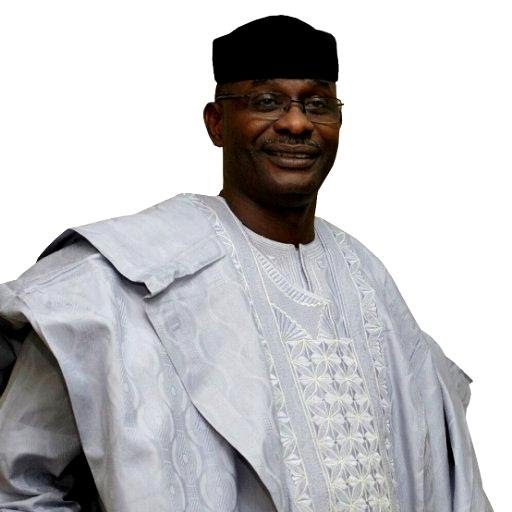 Rep. Olufemi Bamishile (APC- Ekiti) says he has the best credentials among aspirants vying for the June 18 Ekiti State governorship election under the party.

Bamishile said this on Wednesday in Abuja at the All Progressives Congress (APC) National Secretariat when he spoke with journalist shortly after submitting his expression of interest and nomination forms for the election.

Bamishile, also the Chairman, House Committee on Federal Road Maintenance Agency (FERMA) described himself as a grassroot politician with over 20 years experience.

Reacting to speculations that Gov. Kayode Fayemi has already annointed his successor in the governorship race, the aspirant said such annoinment would not work.

“I am too locked with the people of Ekiti State that annointing a particular candidate will not go far.”

“Have you forgotten that there is a hand that oversees the affairs of men but is unseen by individuals, that is God,” he said.

He said that former Gov. Rochas Okorocha of Imo annointed his in-law as his successor but the plan failed.

He added that a former governor of Ogun also annointed a particular candidate as his successor adding that the plan also failed.

“If the wish of God and his pronouncement is on a man, he will get his desires irrespective of the obstacles that may be on his way,” he said.

He explained that while it was normal for an incumbent to annoint his successor, the final decision was on the electorate to decide through primaries and the final election.

Speaking on the amendment of the Electoral Act and issues of direct and indirect primaries to elect party candidates for elections, Bamishile said funding of a direct primaries was not government business as was being alleged but on the political parties.

He expressed optimism that the APC would at the end of the day, settle for direct primaries to pick its candidates for the upcoming elections.

“Nobody wants to go into an election and loss at the end of the day at the judiciary, so I am certain there is going to be direct primaries.”

“No matter what issues that are bound on the issue of not signing the direct primaries, these things should be overcome.”

“We are going back to the House on Jan. 18, it might be too late for Ekiti State primaries, but like I said, there is 65 per cent assurance that there will be direct primaries,” he said.

2023: I have no favourite successor – Buhari