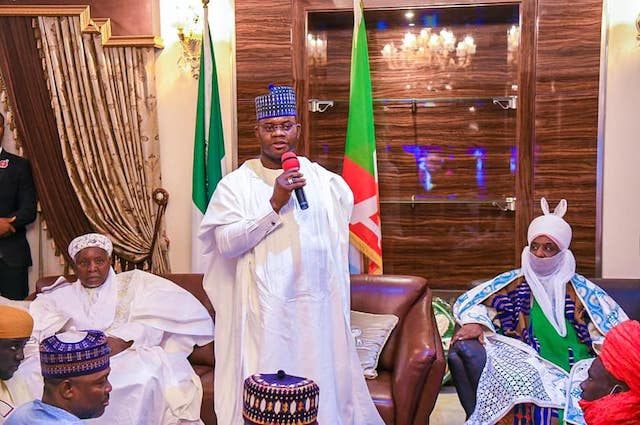 It was reported that the event, with the theme “The prophetic solutions to questions of humanity”, holds in Lokoja from Jan. 6 to Jan. 8.

It was reported that also in the entourage is former Emir of Kano, Sanusi Lamido, who is President of the Jamiyyatu Ansarideen (Attijaniya) Worldwide, amongst other Islamic clerics.

The Maulid Anniversary which is in honour of the Holy Prophet Muhammad (SAW), is organised by Jamiyyatu Ansariddeen (Attijaniyya), under the leadership Sheikh Niasse.

The event is also expected to bring in Islamic clerics from across the nations with several lectures to be delivered on the teachings of the Holy Prophet (SAW) as it relates to the present times.

The event will include visiting and praying for the sick at different hospitals in the state, a special dinner in honour of the Holy Prophet Muhammad (SAW).

There would also be a Zikrul – Juma’at, also known as the Friday Islamic praise worship, which will be held at the Central Mosque in Lokoja.