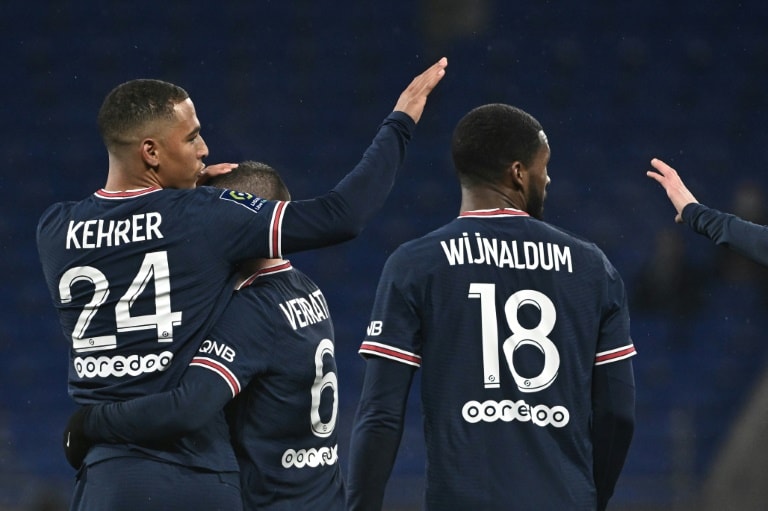 Paris Saint-Germain (PSG) struggled their way to a point at Lyon, with substitute Thilo Kehrer cancelling out Lucas Paqueta’s early goal to earn a 1-1 draw.

PSG were missing a number of stars, with Lionel Messi joining the injured Neymar on the sidelines after a recent positive COVID-19 test.

Therefore, the league leaders produced a limp performance on a largely frustrating night in Lyon.

Paqueta fired the hosts into an early lead, while Kylian Mbappe went closest for the visitors in a disappointing first period.

Lyon were content to hit their opponents on the counter after the break, but they were hit by the blow of Kehrer’s soft second-half strike.

The home side needed just seven minutes to take the lead, with the returning Paqueta firing a low strike across Keylor Navas and into the far corner.

That was after he was expertly released by Brazilian compatriot Bruno Guimaraes.

Lyon goalkeeper Anthony Lopes saved solidly from Leandro Paredes’ drive on 20 minutes, before visiting skipper Marquinhos lobbed onto the roof of the net as PSG looked for a leveller.

Mbappe hit the side-netting, then clipped the outside of the post with a deft strike as the break approached.

But Lyon ended an impressive first half with more shots on target than their lacklustre visitors.

Mauro Icardi missed a decent volleyed chance shortly after half-time, before Navas made a huge one-on-one save from Moussa Dembele, as Lyon looked to hit their opponents on the break.

Mbappe again clipped the woodwork, this time with a late free-kick, as PSG pushed in vain for a winner.

Juventus fight back to beat Roma in 7-goal thriller