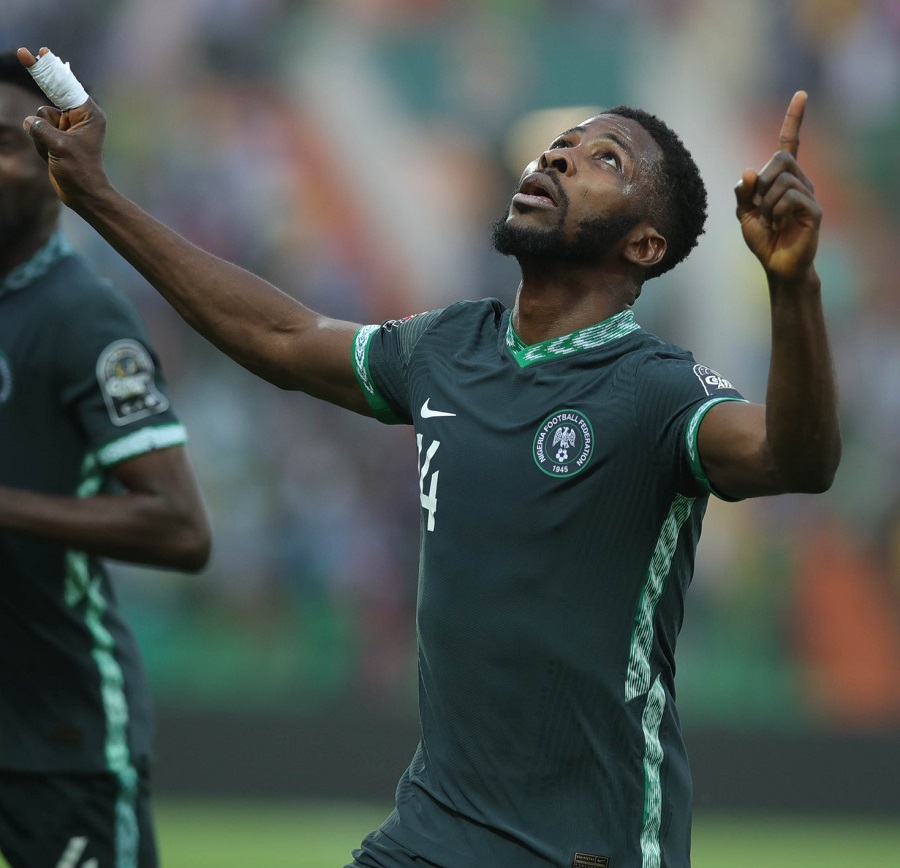 Kelechi Iheanacho on Tuesday said hardwork was key to the Super Eagles’ victory in their crunchy tie against the Pharaohs of Egypt.

It was reported that Iheanacho’s superb first-half goal handed Nigeria a well deserved 1-0 victory over Egypt in their Africa Cup of Nations (AFCON) Group ‘D’ opener in Garoua, Cameroon.

Iheanacho hammered in a half-volley from the edge of the box into the top corner in the 30th minute to settle the contest at the Stade Roumdé Adjia.

The Leicester City forward, who was awarded as the man-of-the-match told newsmen during a post-match conference that good preparation and confidence gave his team the victory.

“We prepared really well for them and we were confident and not scared of them.

“So, we showed that today on the pitch and we got the points that we needed.

“Hopefully, we will get more points in the competition and we’ll move forward from there” he said.

Super Eagles’ interim coach, Augustine Eguavoen said his game plan was to respect every team but not to be scared of any team.

“When we arrived, the reception was very okay and my general overview is that this has been quite an interesting AFCON tournament from the very first day we touched down in Cameroon.

“I think all teams need to be respected and our game plan is to respect everybody but not to be scared of anyone.

“Egypt as we all know have won the most number of titles (seven times) in the AFCON and are a very strong side with one of the best coaches and players in the world.

“I think we worked very hard, we respected them, but try to play our game to get maximum points from every game,” he said.

The Super Eagles will next take on Sudan on Saturday, before playing their last game against Guinea Bissau on Jan. 19.