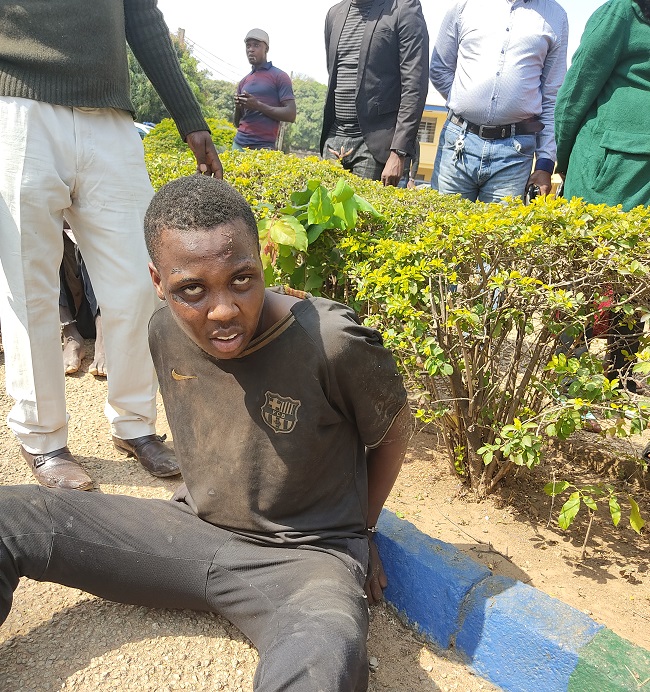 The Police Command in Plateau has arrested one Moses Oko, 20, for allegedly killing Miss Jennifer Anthony, a 300-Level student of University of Jos.

Mr Bartholomew Onyeka, the Commissioner of Police in the state, presented the suspect to journalists on Wednesday in Jos.

Recall that the body of Jennifer Anthony was found at Domus Pacis lodge in Jos on Saturday, Jan. 1, with her eyes removed.

Onyeka said that the suspect was arrested in Makurdi, Benue.

“Sequel to the gruesome murder of Miss Jennifer Anthony, a student of the University of Jos whose body was found mutilated on on Jan.1 at Domus Pacis Guest House, Jos allegedly by a man named Moses Oko.

“The suspect who is said to be her boyfriend, fled after committing the crime.

“The command, in a bid to arrest the perpetrator, launched an aggressive manhunt on the suspect and tactically trailed him to Benue where he was arrested by police operatives of the command,” he said.

The commissioner said that the suspect would be arraigned at the end of investigations.

Onyeka commended the commitment and resilience of his men who swung into action in ensuring that the suspect was arrested.

He assured the residents of the state that the command had put modalities on ground to ensure the safety of lives and property always.

The commissioner also called on citizens of the state to support and cooperate with the command towards ensuring a more secured and peaceful Plateau.