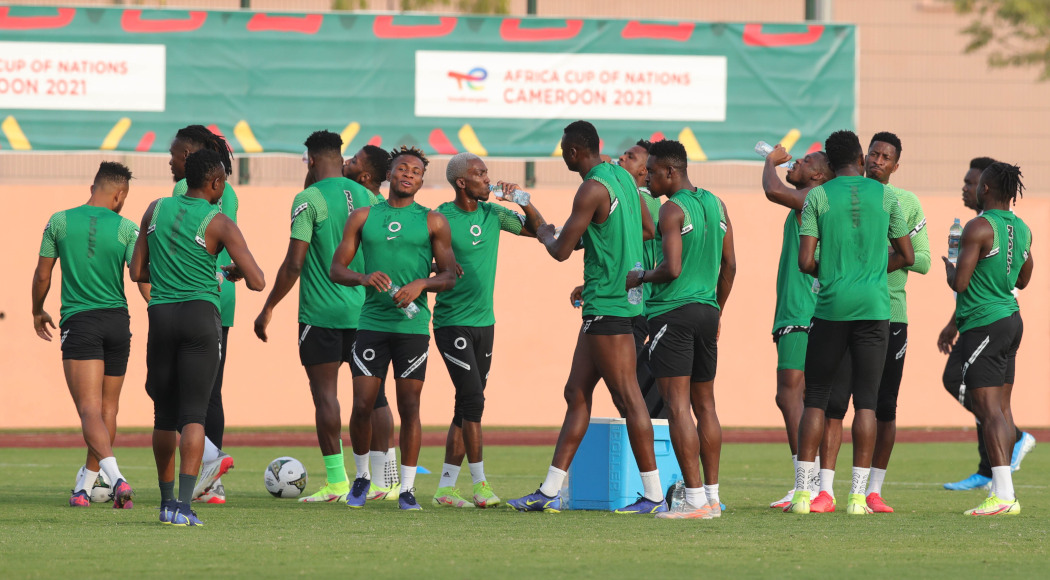 The Super Eagles of Nigeria is set to build on their winning start to the Total Energies Africa Cup of Nations when they face Sudan in their second Group D match, slated for the Roumde Adjia Stadium in Garoua on Saturday.

Nigeria got their Afcon campaign up and running in the perfect manner, defeating seven-time champions Egypt 1-0 on Tuesday, with Kelechi Iheanacho’s superbly-taken goal the difference between the teams.

The Super Eagles fully deserved the victory over the Pharaohs, have been the more cohesive and aggressive unit through the 90 minutes, while also quelling the threat of Mohamed Salah.

“Pulling up a win against Egypt was a surprise to many people but that was not a surprise to us,” said Nigeria interim coach Augustine Eguavoen.

“We respected them and we gave our best to secure victory. I told the new boys ‘play every game like you are going to play a final’, so we will take it game after game. This game is gone, we have forgotten about it and we will focus on our next game.”

Sudan, meanwhile, played to a 0-0 draw with Guinea-Bissau in their tournament opener, though they had goalkeeper Ali Abu-Eshrein to thank for the point, as he saved a late penalty from Pele to ensure the game ended level.

Yet with matches against heavyweights Nigeria and Egypt to come, the clash with Guinea-Bissau was really a must-win for coach Burhan Tia and his Falcons of Jediane – though they will hope to punch above their weight and cause troubles for the confident Super Eagles.

“We need to prove a point that we have developed and belong to the top group since we have won the AFCON trophy before,” said Tia.

In head-to-head stats, Nigeria and Sudan have met in 14 matches across all competitions since their first clash back in 1963. The Super Eagles have claimed eight wins compared to two for the Falcons of Jediane, while four games have been drawn.

The teams last met in a 2018 African Nations Championship (CHAN) semifinal in Morocco in 2018 which Nigeria won 1-0 thanks to a goal from Gabriel Okechukwu.

The other Group D match in this round sees Guinea-Bissau take on Egypt later on Saturday evening, also at the Roumde Adjia Stadium.

AFCON 21: Egypt to bounce back against Guinea-Bissau