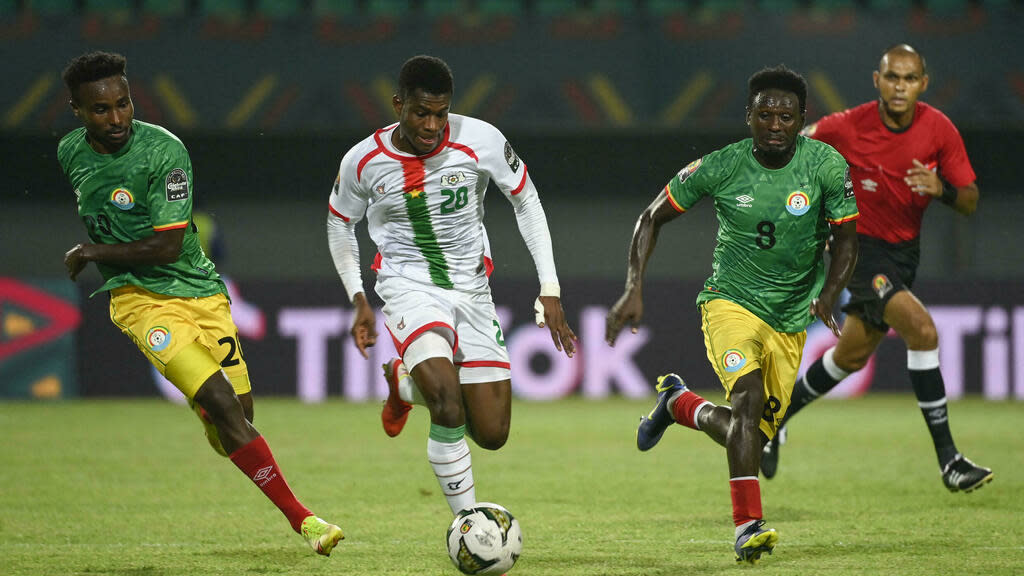 Burkina Faso on Monday sealed a place in the round of 16 at the Total Energies Africa Cup of Nations after playing out a 1-1 draw with Ethiopia at the Kouekong Stadium in Bafoussam.

The result, secured by goals from Cyrille Bayala and Getaneh Kebede, sees the Stallions finish in second place on four points (and therefore secure a guaranteed place in the knockout rounds), while the Walia Ibex have been eliminated after ending at the bottom of the standings.

The first chance of the match went the way of Ethiopia in the 10th minute, with Getaneh Kebede picking up a cutback from Abubeker Nasir and firing on target, but goalkeeper Farid Ouedraogo made an excellent save diving to his right.

A minute later, at the other end, a mistake from Yared Baye in defence for Ethiopia presented a glaring chance for Hassane Bande, but the striker snatched at his shot and failed to beat goalkeeper Teklemariam Shanko.

Burkina Faso, though, did not have to wait long to take the lead: Adama Guira provided a perfectly weighted ball over the defence, allowing Cyrille Bayala to lob an effort over the advancing Shanko for 1-0 in the 25th minute.

The Walia Ibex looked for an equaliser and had a fine chance on 35 minutes, with Dawa Hotessa teeing up Kebede for a shot inside the penalty area, but Ouedraogo made another impressive save to deny the striker.

The halftime break arrived with the Stallions still 1-0 up and very much in control of their destiny as far as advancing into the knockout phase was concerned.

However, early in the second stanza, Ethiopia were awarded a penalty for a handball from Steeve Yago – with the decision taken thanks to a VAR review. Kebede took on the responsibility of the spot-kick and coolly converted for 1-1 in the 52nd minute.

The Burkinabe had a chance to reclaim the lead on 64 minutes when Bertrand Traore teed up substitute Dango Ouattara, but he blazed his effort off target from the left of the penalty area.

Ethiopia should have flooded forward in the dying minutes in search of a goal to keep their tournament hopes alive, but it was Burkina Faso who looked the likelier scorers, though no goal was forthcoming.

Nonetheless, the Stallions were happy to see out the draw and claim a result which puts them through to the next phase of the Afcon.

Burkina Faso, as Group A runners-up, will face the runners-up from Group C in their round of 16 clash in Limbe on Sunday 23 January.