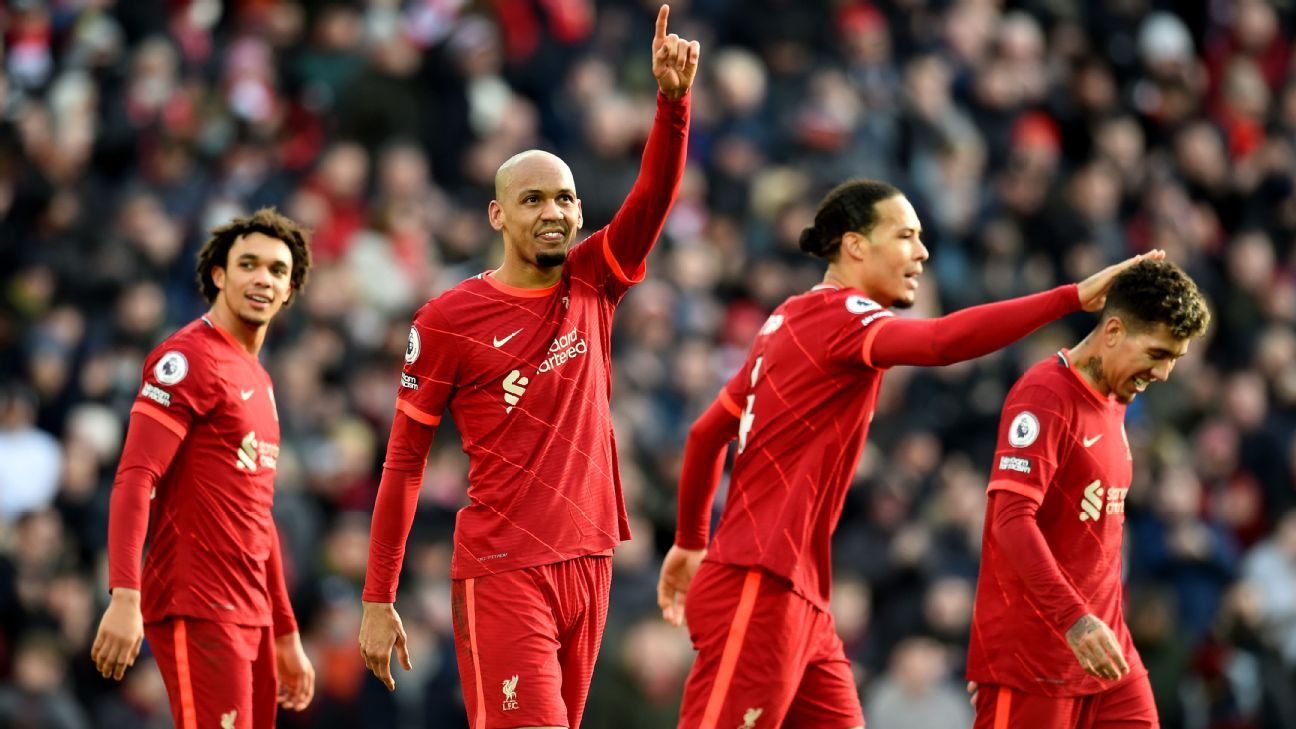 Jurgen Klopp insisted Liverpool will not give up the chase of Manchester City at the top of the Premier League after bouncing back to winning ways to beat Brentford 3-0 on Sunday.

Fabinho, Alex Oxlade-Chamberlain and Takumi Minamino scored the goals as the Reds coped without the absence of Mohamed Salah and Sadio Mane at the Africa Cup of Nations.

Victory lifts Klopp’s men up to second, within 11 points of the runaway leaders, but they also have a game in hand on City.

“We don’t have to convince anybody outside (the club). People who are with us, they want to enjoy the ride,” said Klopp.

“This is not the situation to talk about a title race, 11 points with one game in hand. In a normal world (City win the league), but what is normal nowadays?”

Liverpool failed to take advantage of an extra man for over an hour as Thursday’s League semifinal, first leg against Arsenal ended 0-0, sparking fears of how they will cope for the rest of the month without two of their main sources of goals.

And Klopp was happy to quieten the “noise” over the absence of Salah and Mane.

“We can cut off the public noise. We knew against Arsenal what was not right,” added Klopp. “That a couple of world class players aren’t here, we know that. We knew we didn’t have to make a lot of it.”

Klopp made just two changes from the Arsenal stalemate as Curtis Jones and Oxlade-Chamberlain were recalled to add extra creativity and dynamism to the midfield.

He was rewarded with a bright start as Diogo Jota headed over, Trent Alexander-Arnold flashed a shot just off target and Alvaro Fernandez made a brilliant save to deny Virgil van Dijk.