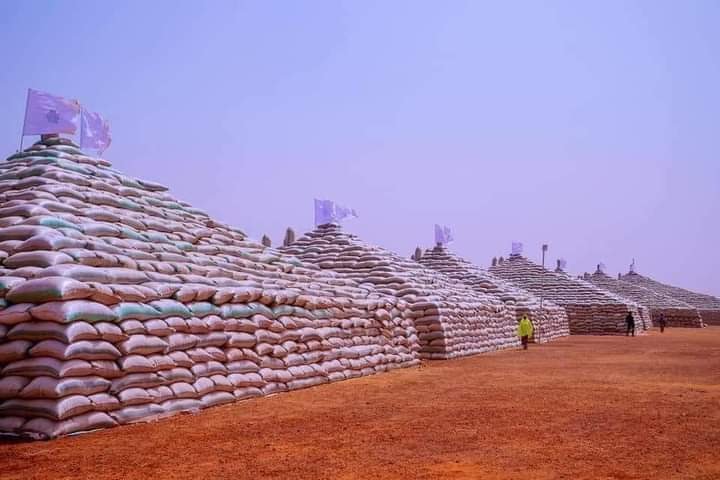 The National President of Rice Farmers Association of Nigeria (RIFAN), Alhaji Aminu Goronyo, says association will empower one million farmers during the dry season farming to cultivate one million hectares of land.

Goronyo said this was possible with the new achievement and advancement in the production of rice in the country that had manifested in the Abuja rice pyramids among others.

The president said the target was to enable its members to produce more to boost supply and achieve food security in the country.

He said the RIFAN had been the major driver of rice value chain under the Anchor Borrowers’ Programme (ABP) for the past six years.

“We want to celebrate President Muhammadu Buhari’s initiative on food security and self – sufficiency in rice together with the Governor of the CBN, Mr Godwin Emefiele.”

”The pyramids will be unveiled by the Special Guest of Honour and President Muhammadu Buhari with the Minister of the Federal Capital Territory (FCT), Muhammad Bello, as the Chief Host.”

“Other special guests that will support him are the Presidents of Benin Republic, Niger Republic and Chad, as well as the governors of Cross River, Ebonyi, Kebbi, Jigawa, Ekiti and Sokoto States,” he said.

Speaking further, Goronyo said the Rice Farmers Association as the driver of rice revolution in Nigeria, would remain committed to the economic growth and development of the country.