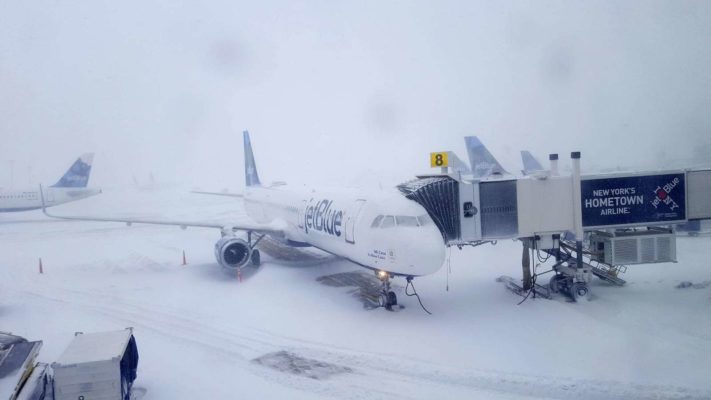 U.S. media on Monday reported that thousands of flights have been cancelled in the U.S. and thousands of people are without power amid a strong winter storm.

The newspaper said on Sunday that over 1,000 flights had been cancelled in the U.S., according to FlightAware.com.

Meanwhile USA Today reported that almost 5,000 flights into, out of and within the U.S. had been cancelled or delayed as of Sunday afternoon.

It added that almost 250,000 homes and businesses were without power in South Carolina, North Carolina, Georgia and Florida.

States of emergency have been declared by some governors and officials in the Northeast have urged everyone to stay off the roads on Sunday night, amid heavy snow, ice, and gale-force winds.