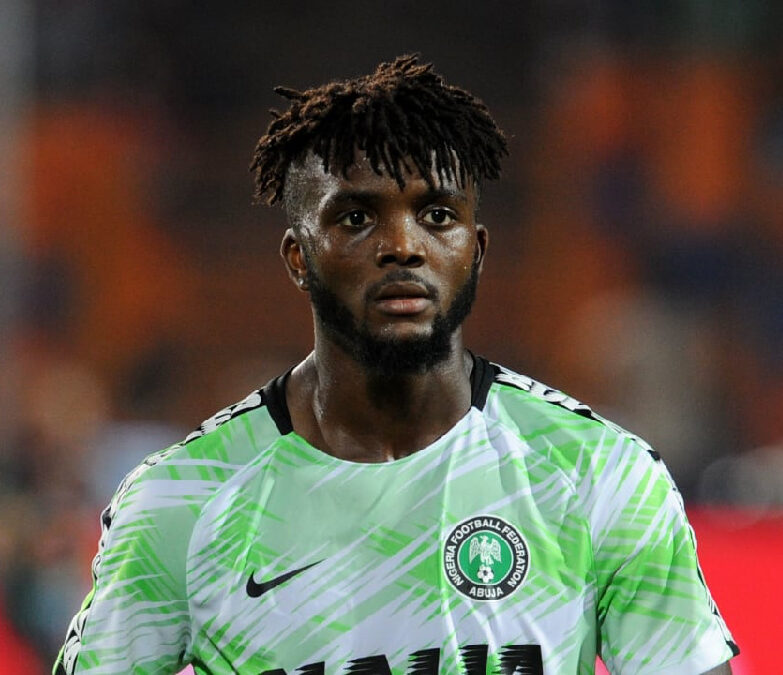 Super Eagles defender, Chidozie Awaziem, says he is very happy to be back in the team after sustaining an injury that kept him on the sidelines for quite a while.

It was reported that Awaziem resumed training with the team on Monday ahead of preparations for Nigeria’s final Group ‘D’ game against Guinea-Bissau.

The defender has been cleared by the medical team after recovering from an ankle injury and participated in a training session with the team on Monday at the annex of Roumde Stadium, Cameroon.

Awaziem, who missed the team’s last two training sessions, fueling speculations in some quarters that he had tested positive for COVID-19, told our reporter that he was happy to be back.

“I feel happy. I am back and very good now. I had a little knock and had been recovering with the physios; but right now, I am back,” he said.

On how soon he would start to play fully in the team, he said he was hopeful that he would soon play adding, however, that it was solely the coach’s decision to make.

He said he didn’t feel bad while on the sidelines: “I was happy the team was winning and I was motivated by the players.

“I am so happy with the way we are going in the competition; I think it’s good.

“I am happy the guys gave me all the motivation I needed to be back and, right now, I am back.”

On his expectation for the game against Guinea-Bissau he said: “Expect our best as we’ve been always doing.

“Everyone is ready, every game is important and we are going to go for victory.”

The Alanyaspor central defender had not been spotted in public since the final workout of the Super Eagles before the team took on the Pharaohs of Egypt in their first Group game.

Eguavoen, while fielding questions from journalists, clarified that Awaziem was nursing an ankle complaint that saw him miss Saturday’s clash against the Falcons of Jediane (Sudan).

Eguavoen had expressed the hope that Awaziem would join his teammates in training.

It is, however, uncertain if the defender will feature in Wednesday’s game between the Super Eagles and the Wild Dogs of Guinea Bissau.

Three-time champions, Nigeria, will take to the pitch of Stade Roumdé Adjia in Garoua, Cameroon against Guinea Bissau on Wednesday from 8.00 p.m.

The Nigerian team, with six points from two games, has already advanced and can only play for a draw to finish top of the group while Guinea-Bissau has just a point from two games.

A win for Guinea-Bissau will put the team in the frame for consideration among the best third-place finishers, in the event that Egypt avoids defeat against bottom side, Sudan.