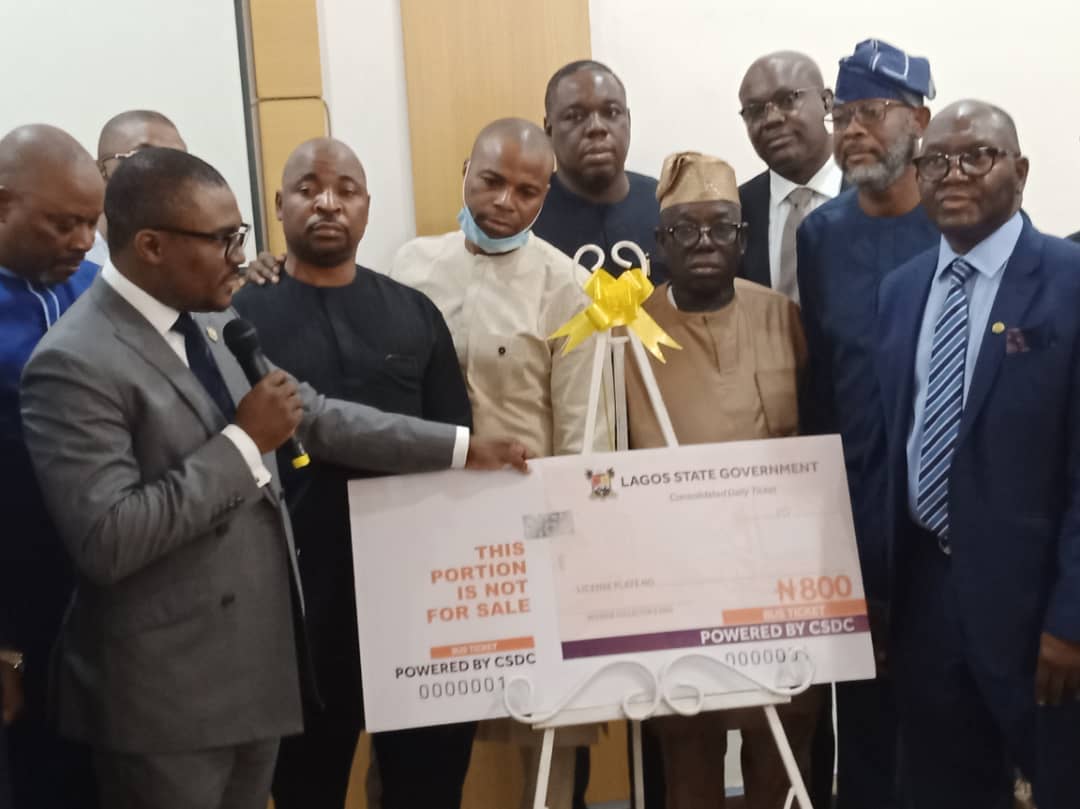 The Lagos State Government and transportation stakeholders on Tuesday introduced and signed a consolidated levy of N800 for the informal transport sector.

Speaking at the signing ceremony and ticket unveiling at Ikeja, the Commissioner for Finance, Dr Rabiu Olowo, said that there was need for the harmonised levy.

Olowo said the harmonisation was necessary in order not to over-burden transporters with exorbitant levies.

He said that the state government carried out a survey six months ago, hence, realised that an average transporter paid N3,000 daily as levies.

According to him, most of the monies the transporters pay is lost to unknown agents, therefore, the need to regulate the levies and sanitise the informal transportation sector.

Olowo said that the consolidated N800 levy, which would take effect from Feb. 1, was a phased approach to ensure the transport sector reform.

He added that the reform would help to get a comprehensive database of transporters for better planning.

Olowo said that the consolidated levy was an agreement by the Lagos State Government, local government, bodies of the road transport union (National Union of Road Transport Workers – NUTRW and Road Transport Employers Association of Nigeria – RTEAN) and other parties in the MDAs.

The commissioner said that the benefits of the consolidated levy included harmonised collection process by putting a structure in place, reduce multiple taxes, dues and levies by all agents of state and local governments.

He said the harmonised levy would eradicate harassment of bus drivers and ensure collaborative engagements among stakeholders.

In his remarks, the Chairman, NURTW, Alhaji Musiliu Akinsanya, said that NURTW and RTEAN were in agreement with policies that would ensure the development of Lagos State.

Akinsanya, however, said that the N800 consolidated levy would not deprive the union from collecting its normal statutory levy.

0.5% R&D allocation is for projects of national interest — FG

Nigerians should stand against foreign elements destabilising the country – FFK