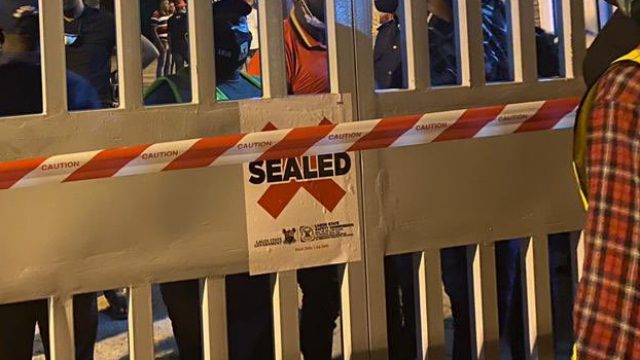 The Lagos State Safety Commission has said it sealed lounges and night clubs in Ikeja over the lack of compliance which is part of its 2022 Zero Accident Campaign (ZAC).

The Director General/CEO, Lagos State Safety Commission, Mr Lanre Mojola, stated in a statement in Lagos on Tuesday that ZAC is determined to ensure that all workplaces and public facilities are safe for all visitors and workers alike.

Mojola said that the action on some Bars, Lounges and Night Clubs became necessary due to their contravention of the State Government regulations despite several efforts to ensure compliance.

He slammed the failure of these establishments to obtain safety compliance certificates, and register with the safety commission through its www.lasgsafetyreg.com portal.

The Safety Commission boss said that the lack of fire extinguishers, poor hygiene and housekeeping, lack of safety signages and inadequate parking spaces had caused traffic gridlocks and other safety infractions identified by the Commission.

Mojola further reiterated that similar enforcement exercises would take place across the State as the Lagos State Safety Commission continues to discharge its duties.

He said that the commission would not relent in its efforts, especially when implementing the laws of the Commission towards a safer Lagos for all.

He implored all business entities to regularise their safety management documentation towards achieving safer public places across the State.