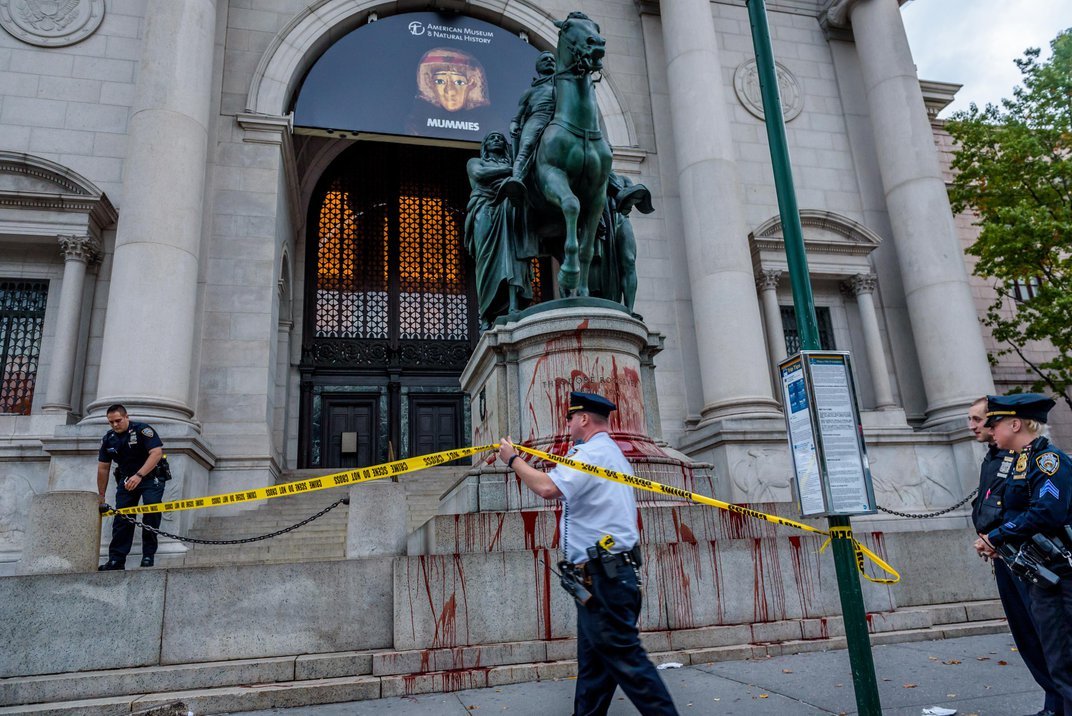 The bronze statue of the 26th president of the United States, Theodore Roosevelt has been removed from the National Museum of Natural History.

This was due to protests it triggered as a symbol of colonialism and racism.

The New York Times reported on Thursday that in June 2021, the New York City Public Design Commission decided to remove the statue from the museum.

In November, 2021, the commission announced that the monument would be transferred to the Theodore Roosevelt Presidential Library in North Dakota. The monument was expected to completely leave the museum in a week.

The removal reportedly cost the authorities about 2 million dollars, with several preservation specialists and many workers involved in the process.

The statue of Roosevelt was designed by the U.S. sculptor, James Earle Fraser in 1939.

The author portrayed the president on horseback surrounded by an African man and a Native American man on foot.

The monument had been placed at the National Museum of Natural History since 1940.

Since 1970s, the artwork had been the subject of continuing protests by various activists, who believed the statue was a vestige of colonialism and racism.