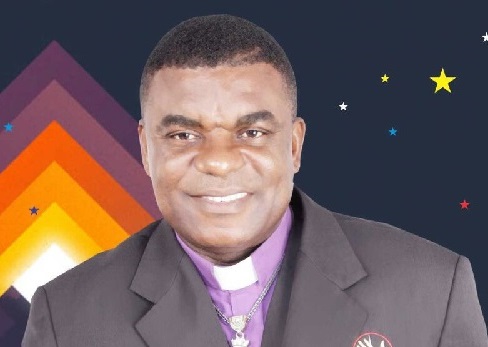 Former governorship candidate under the platform of the United Democratic Party (UDP) in 2019, Rev. Donatus Ozoemena, has declared interest to run for the governorship position of Enugu State in 2023.

Ozoemena also disclosed that he would be contesting under the umbrella of All Progressive Grand Alliance (APGA).

He made his declaration during the 2021/2022 Unity Cup Competition finals held at Onoli Primary School Field in Awgu Local Government Area of Enugu State on Friday.

The cleric noted that his return to the race is to break the jinx of one party system of government and give hope to the youths.

According to him, “my decision was driven by a brazen hunger to save the future of Enugu State youths and make the state a hub of employment generation as well as sports, agriculture and infrastructural development, among others.

“In the early part of 2021, the youths organised a couple of air broadcasts moderated by Mr Cydia Okafor, debating and asking me to lead them as Governor of Enugu State, come 2023, because they are tired of this stagnant and hopeless economy.

“They went as far as debating which party should represent them, considering that the major ruling parties have failed them, they overwhelmingly suggested and recommended that I should use a brand new party with good records and that party should be APGA.

“After considering the overwhelming approval, encouragement, support and prayers of our youths, the old, Christian brothers and more alike, I made up my mind to be your servant to lead in rebuilding the state to greatness.

“So I want to officially announce today that I am in for you and the best vehicle to use in making our dream come through in 2023 is APGA.

“It hurts my heart to keep seeing our youths in the predicaments you have been placed in today. The predicaments of lack of hope for the future, joblessness and insecurity, but I assure you that with GOD, there is great hope for you.

“The time is now, your actions and involvement in APGA as well as Save Enugu State Now Movement activities will determine our future and even the future of our yet-to-be-born youths and your children.

“And I believe that with the great efforts of all the residents of the 17 council areas of the state; we will break the lopsided jinx of one system/party leadership in our dear state,” he said.

Rewarding the winners, Ozoemena expressed gratitude to the organisers and participating teams for their orderly conduct throughout the competition.

He appealed to soccer lovers and philanthropists in the state to sponsor and support the great talents displayed during the competition to ensure that “it will not end here”.

The competition, which kicked off in Dec. 2021 and had 17 local government areas of the state in the fray, had Mr Emeka Akaeze from Igbo-Eze South Local Government Area as the most valuable player and he got the golden booth.

Ozoemena also announced his Family’s Scholarship Programme of N30,000 each to a minimum of three secondary school students from each of the 17 council areas of the state.