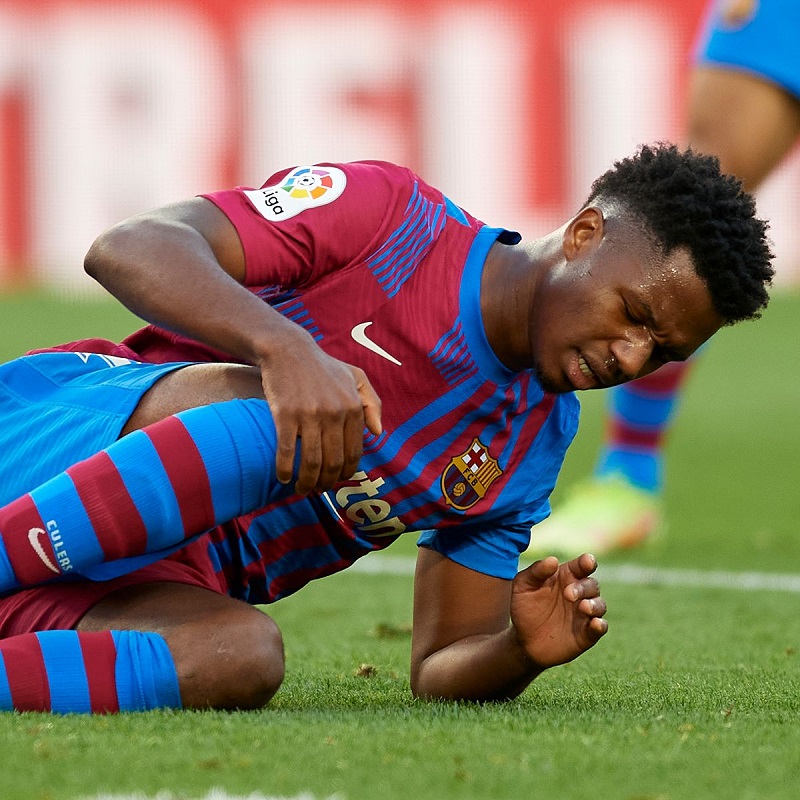 FC Barcelona confirmed on Tuesday that Ansu Fati will not undergo surgery on the hamstring injury he sustained against Athletic Bilbao last week.

Fati was substituted during Thursday’s Copa del Rey defeat to Athletic Bilbao, with the club later confirming he had suffered another injury setback.

Rather than send Fati for surgery, Barca will instead let the 19-year-old’s tendon heal naturally by following “a conservative recovery plan”.

The Catalan giants announced the news on their Twitter account on Tuesday, but no timeframe for the winger’s lay-off was given.

According to reports from Spain, Barca are set to be without Fati for several weeks, rather than months.

However, it still marks another blow for Fati, who appeared to be in tears as he left the pitch against Athletic, with this the latest in a series of problematic injuries.

Fati has featured in just 10 games across all competitions this season, and he had only recently returned from a two-month absence due to a previous hamstring problem.

He previously spent 10 months out due to a serious knee injury, only returning to action in September.

In spite of his limited action, Fati is FC Barcelona’s second-highest scorer in 2021/2022 with five goals, three fewer than Memphis Depay, who has played 13 more times.

Writing on his official Instagram account on Sunday, Fati vowed to keep on fighting on his road back from another spell on the sidelines.

“Unfortunately, I am having to live through the worst part of football,” he posted. “But I will never give up! Thank you very much for your messages of support and love!”