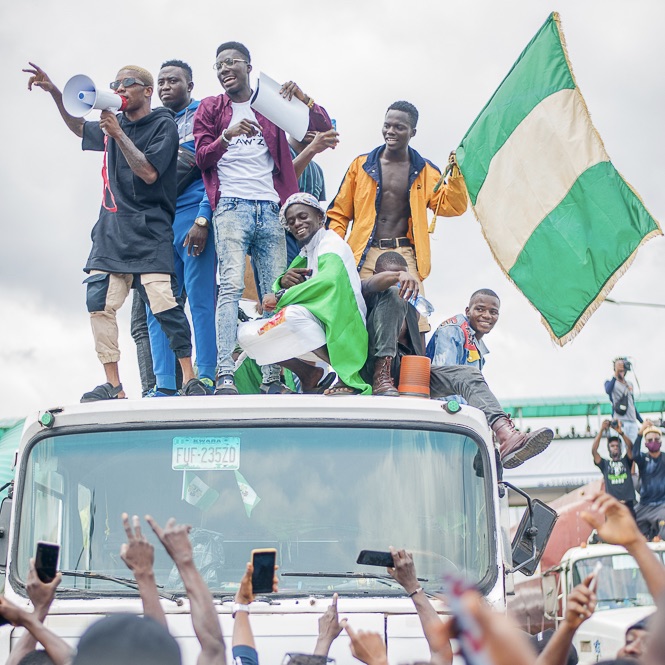 The Revolutionary Socialist Movement (RSM) salutes Nigerians for their continued show of courage and determination against the anti-poor, pro-rich policies of the Federal Government of Nigeria.
RSM takes note of the suspension of the subsidy removal till further notice by the Minister of Finance, Zainab Ahmed, with great satisfaction. According to her:
“The Nigerian government says it will retain fuel subsidy indefinitely and will work on amending the 2022 budget to provide funds for that purpose.”
The Minister of Finance, Zainab Ahmed, also said the government has realised the timing of its planned removal of petrol subsidy is “problematic”, and will worsen the suffering of Nigerians.
Also, the Minister of State for Petroleum Resources, Timipre Sylva, announced this on Tuesday while briefing State House correspondents in Abuja. He said that the removal of the fuel subsidy will be postponed for eighteen months. He further said:
“This extension will give all the stakeholders time to ensure that the implementation is carried out in a manner that ensures all necessary modalities are in place to cushion the effect of the PMS subsidy removal, in line with prevailing economic realities.”In the statement of the federal government ministers, the hike on fuel prices is not cancelled, but only postponed. They plan to impose in future.
This, therefore, is important, though partial and temporary victory. It is undoubtedly the result of the Nigerian people preparing for a Nationwide mass protest on 27th of January across the thirty-six states and the national protest in Abuja on 1st of February. The suspension by the Federal government has led the Trade Union leaders to suspend the protests.
RSM calls on Nigerians not to relax or be silent in the coming period.
There are more social and economic issues that Nigerians need to protest for. As we speak the increase in electricity tariff has been increased far beyond what ordinary people can afford; we also have the outrageous increase in the price of gas. These increments have badly affected the living standards of the Nigerian people. The N33,000 basic minimum wage, which is far below social needs, has been massively corroded by the rate of inflation. What is worse, as we write, seven states across the Federation have not yet started paying the full minimum wage, despite the fact that it has been signed into law three years ago!

As we fight for the full implementation of the minimum wage across the Federation we need to fight and organise protests for a new minimum wage. We also need to protest against the insecure conditions faced by the Nigerian people with killings and attacks taking place all the time. We must demand not the postponement but the cancellation of all plans to remove the fuel subsidy! The Nigerian people’s standard of living has been badly corroded by the Buhari administration’s economic policies.
For all these reasons we call on the Nigerian workers and youth to get prepared to fight against all this onslaught.
The recent victory must signal to us that when we fight, we win! If we don’t fight, we are bound to lose.
It’s important to reiterate that the “crisis” in the oil sector today is due to the lack of transparency and accountability and due to privatization. There is no crisis in the profits that the big oil companies are making!
We, therefore, call for the nationalisation of the oil sector and of all the key sectors of the economy. We also demand the democratisation of production – the control and management of production and distribution by workers and elected bodies of people’s representatives.
Nigerians should particularly demand that the power sector be renationalised because its privatization has failed – it has only brought more darkness to Nigerians, in terms of repeated electricity cuts.
We call on the Nigerian people to join forces with us to build a mass-based political alternative movement to struggle for political power to end the neo-liberal policies of the present government, the International Monetary Fund (IMF) and the World Bank.
We must fight for a socialist alternative so that the abundant human and natural resources of Nigeria will be used for the benefits of the majority as against the interests of the tiny super-rich minority. Ιt’s the greed of the few that puts us in the present, deep, social and economic crisis and only a mass-based political alternative with a socialist program can put an end to it.