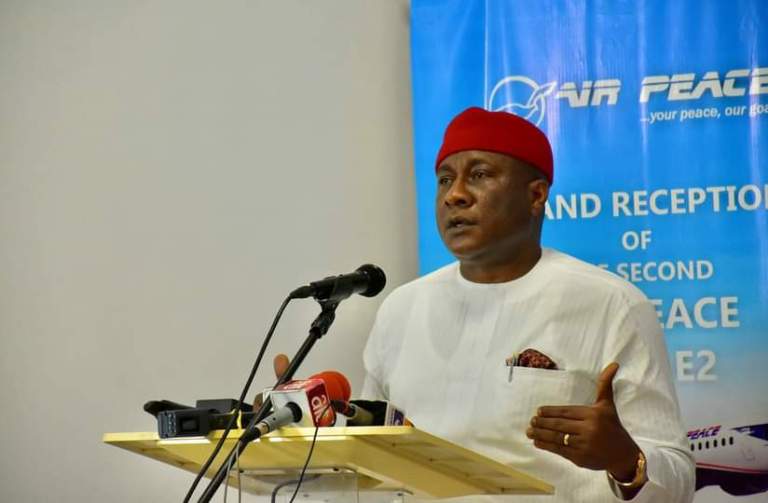 A major tourism stakeholder, The Travellers’ Awards, has unveiled four travel and tourism personalities to receive its awards for 2021.

The list was unveiled in a statement by Ikechi Uko Organiser, founder of Travellers’ Awards and Publisher of ATQNEWS, on Sunday in Lagos.

Uko said that the awardees were selected by the elite members of the tourism community and approved by the Publishers of Atqnews.com and Travellers Magazine.

He said Akinbile-Yusuf had been chosen by members of the Tourism 100 Club and the Publishers of Travellers Magazine as the Best Tourism Commissioner in Nigeria in 2021.

According to him, almost all the nominations by the members went for the Lagos Commissioner who engaged stakeholders and initiated trainings for Tour Operators and creatives based in Lagos.

They reeled out his initiatives as follows –

“Lagos State has become the benchmark for most states in tourism development.”

“Lagos State launched its Tourism Masterplan in 2021, an unprecedented feat by any state in Nigeria.”

“The State initiated the Community-Based Tourism, CBT projects in the five divisions of Lagos.”

“Lagos launched a trust fund that provides loans and grants to tourism practitioners based in the state.”

Uko noted that Onyema, the Air Peace Chairman, was chosen as the Travel Personality of the Year 2021 due to his consistent performance in the aviation business.

He explained that his airline, Air Peace, was the first airline to bring a brand new commercial passenger plane to Nigeria since Arik Air and Virgin Nigeria did that more than 10 years ago.

“His airline had been evacuating stranded Nigerians in many countries and became the official carrier of the Super Eagles.”

“In 2021, he became the positive force for aviation and travel business in Nigeria.”

“His Pan Nigeria messages has endeared him to Nigerians as a unifying leader, no wonder Nigerians rallied to support him in the Impasse with United Arab Emirates (UAE),” he said.

According to Uko, The NIHOTOUR DG, Kangiwa, emerged the Tourism Chief Executive Officer of the Year 2021. He breathed fresh air in the tourism arena in 2021 with events and trainings all over the country.

He said Kangiwa “pushed the hand of government effectively in 2021.

“He identified the absence of government in private sector environment and partnered with tourism associations, and set up the sector skill council.”

“He opened up new campuses of the tourism training institute and anchored the World Tourism Day (WTD) 2021,” he said.

Uko said the Tourism Man of the Year award went to the President of FTAN, Onung.

He noted that Onung’s election as the FTAN President was a unifying tonic needed by the tourism community troubled by dichotomy and in-fighting.

According to him, Onung’s election was almost unanimous as all the leading tourism associations backed his election.

“He has since set out inaugurating zonal chapters and encouraging strong member associations.”

“His mantra of ‘Strong Associations Make Strong Federation’ seems to resonate with members, and he has brought together a team that promises to lift tourism a notch higher in the new year.”

The Awards will be presented on March 11, 2022, at Abuja Jabamah, PANA reported.

Travellers Awards was instituted in 1996 by the Publishers of Travellers Magazine and Atqnews.com with the Theme: “Promoting Excellence in Travels”.