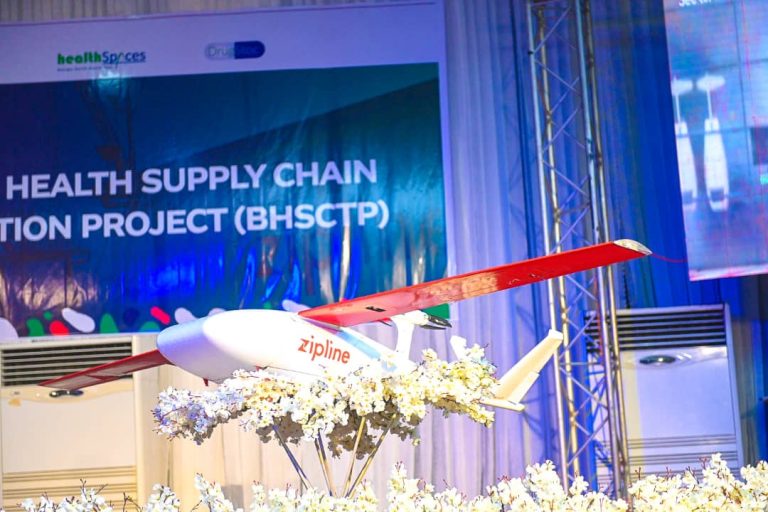 The project, estimated at five million dollars to be provided by the firms, is expected to provide 21st century supply system and other supply chains using drone technology in the distribution of cost-effective pharmaceuticals in the state.

Our correspondent reports that during the MoU signing in Yenagoa, Gov. Douye Diri urged the stakeholders to ensure that the project promoted the distribution of pharmaceuticals, particularly in remote communities.

He identified access to healthcare as a major challenge and urged the consortium to deploy the technology to improve access for residents of far-flung communities.

He said “we would like to see the drones fly to Koluama, Korokorosei, Egbemo-Angalabiri and to every nook and cranny of the state to solve the issue of access to pharmaceutical products”.

“Communities in nearby states can also benefit from this project when it is fully operational,” he said.

Diri, who acknowledged that technology was fast taking over in all spheres of life, said it was now being deployed to improve security, electoral system and healthcare delivery.

The Commissioner for Health, Dr Pabara Igwele, signed the MoU on behalf of the state government, while the Senior Vice President (Africa) of Zipline, Daniel Marfo, signed on behalf of the consortium.

In his remarks, Igwele said the project would go a long way in enhancing delivery of emergency healthcare products in the localities.

According to him, the initiative will also provide job opportunities for Bayelsans, especially in the areas of drone operations and drug store management.

He noted that as a partner in the Bayelsa health sector, the project would help to achieve various aspects of health system strengthening programmes
as envisaged in the state’s health summit blueprint.

The coordinator added that “a full-fledged resident consultant for the state would soon be assigned to ensure that the programme succeeds.”

In his speech, the Zipline Senior Vice President (Africa), Daniel Marfo, explained that “the company and the other two firms are coming together to provide supply chain that is adaptive, resilient and serves the health needs of the people in the area of health products distribution”.

He noted that the five-million-dollar investment project would improve access to healthcare and healthcare products.