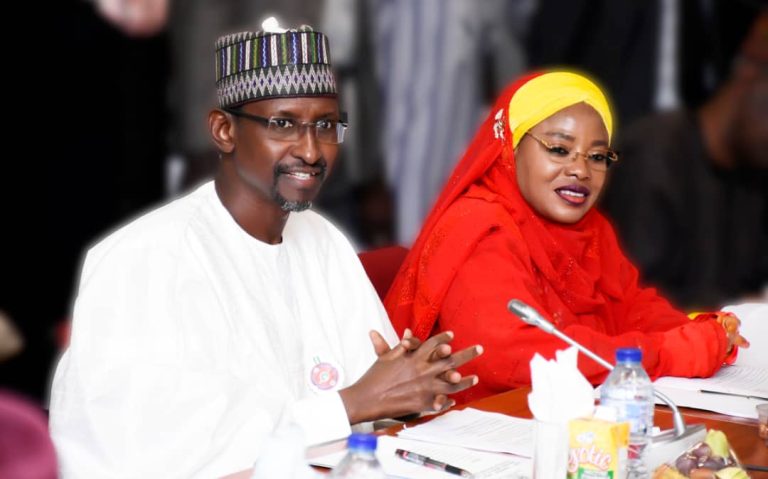 Residents of the Federal Capital Territory (FCT), have been called upon to vote for All Progressive Congress (APC) candidates, in the Area Councils’ Elections, slated for Feb. 12.

Minister of FCT, Malam Muhammad Bello, and Dr Ramatu Aliyu, Minister of State, FCT, who made the call on Monday in Abuja, assured residents that voting for APC candidates to lead the six area councils, would fast track development in the territory.

Mr Ikharo Attah, Senior Special Assistant to the FCT Minister on Monitoring, Inspection and Enforcement, made the position of the ministers known during a meeting with political stakeholders from the South-South region, resident in Abuja.

Attah urged them to come out in large numbers with their PVCs and vote the APC at all levels.

“The FCT minister and minister of state have directed us to appeal to you all to throw your weight and support behind the candidates of the APC at all levels.”

“They believe this is good and would ensure smooth administration at both the FCTA and area Council level.”

“If you go round Abuja, you will see the enormous amount of construction works going on.”

“Construction work on the outer southern expressway leading to Apo and Wasa is fast moving on, while the massive work at the Interchange linking Wuye and Wuse districts is there for all to see,” Attah said.

According to him, the ministers recently lobbied and got approval of the Federal Executive Council (FEC), for the construction of an express road from Airport Expressway to Kuje Junction, at the cost of N54.94 billion.

“They also got FEC’s approval for the construction of the N5.4 billion strategic access road from Mpape to Shere-Galuwyi Resettlement Housing Scheme in Bwari Area Council.”

“One must not forget the massive construction work going on at the Power House, Deeper Life junction and Water Board bridge areas, as they are commonly referred to in Asokoro District.”

He also said that in the education and health sectors, Bello was putting in funds and efforts to ensure they remained the best when compared with other states of the federation.

On rural development and women empowerment, Attah, said that Aliyu was not resting at all.

“She has been on the neck of the Satellite Town Development Department (STDD), to deliver on major rural roads.”

“The minister of state also ensured that women across the six area councils are adequately empowered through the Social Development Secretariat.”

Earlier, the leader of the group, Alawei Godsent, thanked the ministers for the appointment of Mrs Hailmary Aipoh, the Special Assistant on Community Relations to the FCT Minister, Mr Austin Elemue, Special Assistant on Media to the Minister of State and Attah, all indigenes of the South South.

“With these appointments, the South-South region is not left out of the FCT Administration, though we are still demanding for more,” Godsent, stated.

He pleaded with the administration to pay greater attention to the suburbs and youth empowerment, and also called