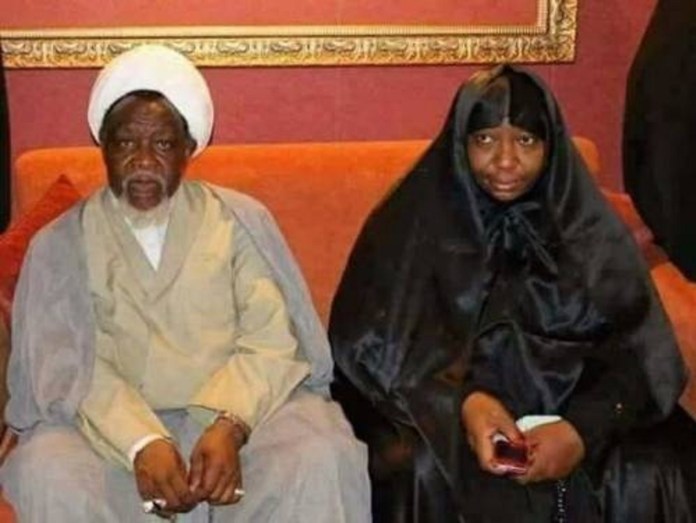 A Federal High Court, Abuja, on Monday, fixed March 28 to rule on Nigeria Immigration Service (NIS)’s motion to join Department of State Services (DSS) and National Intelligence Agency (NOA) in a suit filed by leader of the proscribed Islamic Movement in Nigeria (IMN), Sheikh Ibraheem El-Zakzaky, and his wife, Zeenah.

Justice Obiora Egwuatu fixed the date after counsel to the parties in the suit argued their matter for and against the suit.

Our correspondent reports that the couple sued the NIS over alleged refusal to reissue new international passports for them.

The duo, who listed the NIS and its Comptroller General as 1st and 2nd defendants, prayed the court to enforce their fundamental rights.

At the resumed hearing, the NIS lawyer, Jimoh Adamu, informed the court about the motion for joinder.

He argued that parties sought to be joined were necessary in the determination of the matter.

He said the motion brought in accordance with the court’s rules, sought to join NIA and DSS as 3rd and 4th respondents respectively.

Adamu referred the court to Section 9 of the Immigration Act, 2015, which deals with issues of passports, among others.

He said it was the law that the NIS must investigate a lost, misplacement or otherwise in respect of passport issuance.

He stressed that the NIS Act empowers his office to issue and reissue passports and that when the passport is missing, they investigate before another one is issued.

The lawyer said the applicants wrote to his office on Dec. 13, 2021, for their passports to be reissued and that his office replied them on Jan. 7 that their application was under investigation.

He said why his office was conducting the investigation, the applicants came to court and that out of respect to court, the NIS joined them in the suit.

But counsel to El-Zakzaky and wife, Marshall Abubakar, opposed to the application for joinder.

“The respondents should admit they acted wrongly,” he said.

Abubakar argued that at paragraph three of their written address in support of their counter affidavit, the NIS submitted that a new passport shall be issued in case of lost, damage or expiration.

He said, in their application before the court, they had shown how their clients’ passports got missing.

“And we have exhibits to give strength to the application, especially Exhibit 5 which contains a letter written to them that the applicants lost their passport and need a new one,” he said.

The lawyer stated that their clients’ health conditions were deteriorating and that they needed urgent medical attention abroad.

“We also showed that the applicants have met all the requirements to be issued new passports,” he said.

Besides, Abubakar argued that the parties (NIA and DSS) sought to be joined had clarified that they were not in custody of their clients’ passports.

He said the request to join the NIA and DSS in the suit was an attempt to waste the judicial time of the court, praying the court to dismiss it.

“My lord, having not shown that we are not entitled to be issued another passports, the application for joinder is an attempt to drag us back,” he said.

Justice Egwuatu adjourned the matter until March 28 for ruling on the motion for joinder.

It was reported that, in a suit marked FHC/ABJ/CS/22/2022 and filed by their lawyer, Femi Falana, SAN, dated and filed on January 11, El-Zakzaky and his wife said they had the right to freedom of movement as guaranteed by the Nigerian constitution and the African Charter of Human and Peoples Right.

They prayed the court to declare that the refusal of the NIS to process their travel documents to enable them travel abroad is illegal, unconstitutional, null and void.

MAM also reports that El-Zakzaky and Zennah had, in another N4 billion suit before Justice Inyang Ekwo of a sister court, dragged the DSS and the Attorney-General of the Federation before the court over allegation bordering on their passports seizure.

We will build on Buhari’s achievements – Tinubu