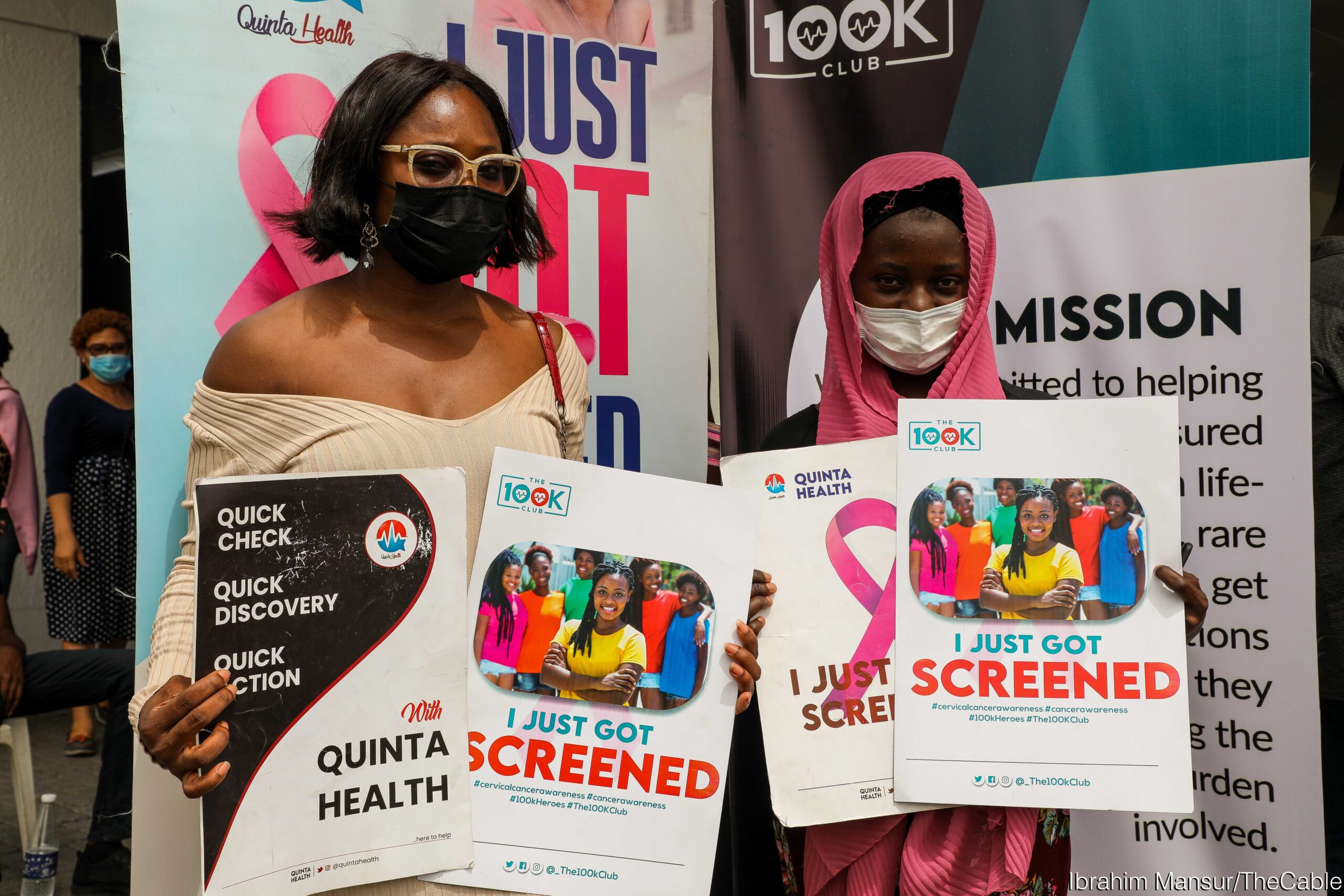 A Non-Governmental Organisation, Quinta Health Services says it has commenced a free breast and cervical cancer screening programme across the country.

Its founder, Dr Babatunde Adewumi, told our correspondent on Thursday in Ilorin that the screening would be in the 36 states of the Federation as against selected states.

Adewumi said Quinta embarked on market outreach for market women in Oja Oba and Oja Tuntun in Ilorin in December where about 151 women were screened for breast cancer.

He said the workers performing the screening found a lump in one person and were following her up.

”In January, we partnered with a group, the 100k Club, ROO Foundation and another organization to screen 500 women in Lagos to celebrate the World Cervical Cancer Month.”

”Women got free screening and free treatment for dysplasia by means of cryotherapy.”

”The free cryotherapy was for about 80 women, and three women had breast lumps, which we will follow them up in six weeks.”

The Kwara based medical practitioner said Quinta Health Services since inception in 2017 had screened 6,500 women for both breast and cervical cancer.

According to him, this has been done in almost all the geopolitical zones of Nigeria while partnering with different organisations.