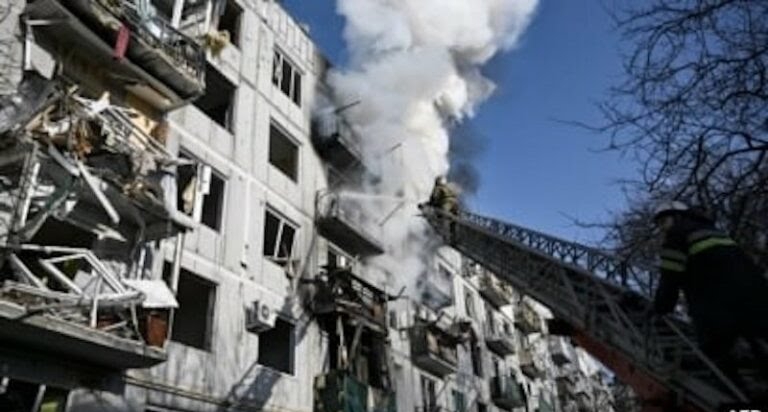 Seventeen high-rises in the Ukrainian port city of Mariupol have been damaged by shelling, according to the city administration.

All the buildings affected were in the east of the city, closer to the front line of fighting with pro-Russian separatists, authorities said.

Electricity supplies were partially disrupted, the city said late Thursday adding that the water supply is still functioning and public transport was running free of charge for residents.

There were 23 injured residents and 23 injured soldiers being treated in clinics. “The operative situation in Mariupol remains unchanged,” authorities said.

Mariupol was attacked by Russian troops on Thursday, but the Ukrainian military’s General Staff said the city on the Sea of Azov was “brought back under full control”.

In the late evening, residents mainly from the city’s east posting on social media reported hearing shelling and impacts.

A curfew is in place in the city. A local newspaper reported there would be an additional evacuation train on Thursday night. Some 1700 people already left the city by train during the day.

Mariupol is a key location for the steel industry. The Donbass coal and steel district exported its goods via Mariupol’s port before 2014, when the war in eastern Ukraine began.

I will priotise education, opportunities for youths – Accord Party