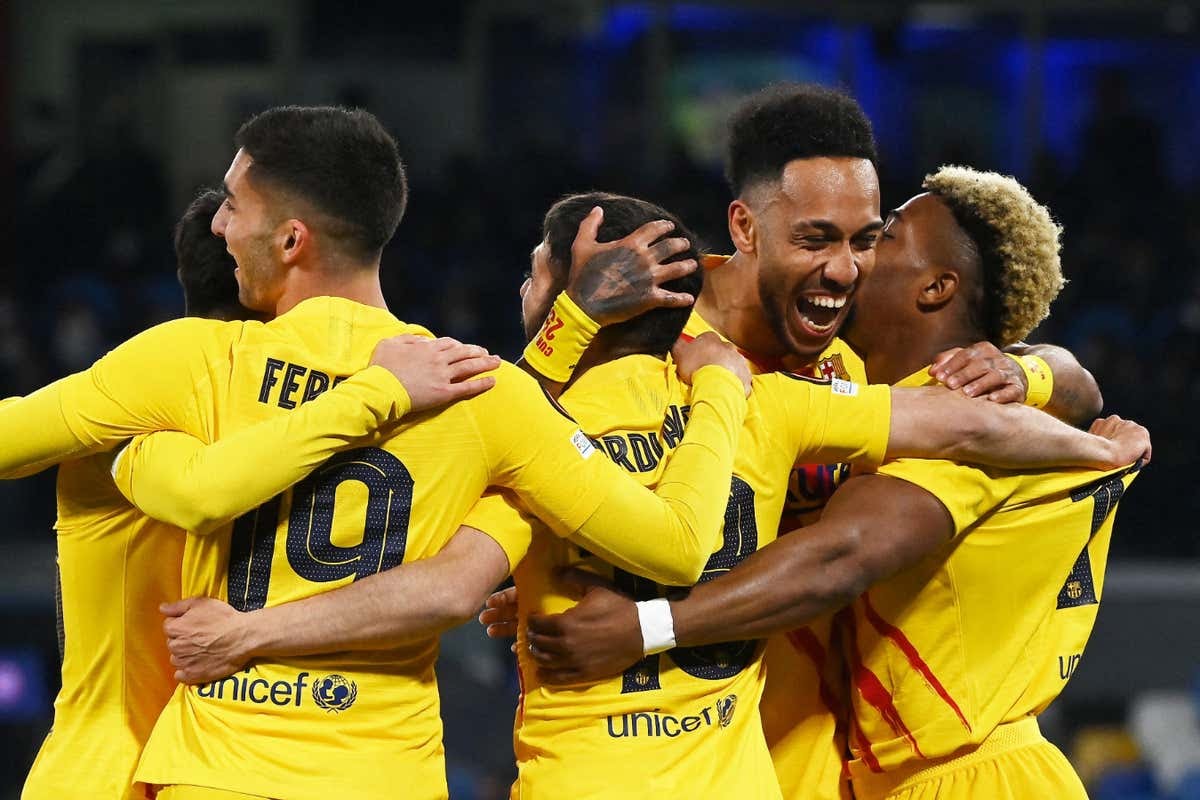 FC Barcelona will face Galatasaray in the 2021/2022 Europa League round of 16 while Sevilla will take on West Ham United following Friday’s draw in Nyon.

Spartak Moscow, the only Russian club left in the competition, have been drawn against RB Leipzig.

Spartak will however be unable to play their home game in their country and will have to find a neutral venue.

This was after a decision taken by UEFA’s Executive Committee on Friday following Russia’s military invasion of Ukraine.

FC Barcelona, who have never won the competition, are looking to become the third consecutive Spanish side to lift the title after Sevilla and Villarreal.

FC Barcelona failed to make it past the UEFA Champions League group stages for the first time in 22 years and are taking part in their first Europa League competition since 2004.

Xavi Hernandez’s side reached the round of 16 after a convincing 4-2 win (5-3 on aggregate) at Napoli on Thursday.

FC Barcelona will play the opener at home and then travel to Turkey for the return leg.

Record six-time Europa League winners Sevilla will take on West Ham, a team they have never faced and are presently sixth in the English Premier League.

They have an added motivation to go all the way in the competition with the final being staged on May 18 at their Ramon Sanchez Pizjuan Stadium.

In spite of Thursday’s 1-0 defeat at Dinamo Zagreb, Sevilla progressed 3-2 on aggregate.

“We were drawn with perhaps the most difficult [rival] of all,” Sevilla’s sporting director Monchi said.

“A very well-built team, that is having a great season in the Premier League. They have players of a high level, both technical and physical.”

“We haven’t been very lucky, but we must assume that draws are like that and look forward with optimism. I don’t think they will be too happy either.”

“It’s a good tie, worthy of the importance of the competition.”

“It will be a beautiful experience, because England is the cradle of the game of football and this tie will allow us to measure our ability to overcome challenges.”

The other Spanish side left in the competition, Real Betis, square off against Eintracht Frankfurt.

Scottish champions Glasgow Rangers, who saw off Borussia Dortmund and their Norwegian superstar Erling Haaland on Thursday, are back in the round of 16 for a third straight season.

They take on Red Star Belgrade.

Bayer Leverkusen, third in the Bundesliga, have a tricky round of 16 tie against Italian outfit Atalanta.

Meanwhile, in the Europa Conference League, Leicester City have been drawn against Stade Rennais.

The English Premier League side reached the round of 16 after eliminating Danish side Randers 7-2 on aggregate.

AS Roma, who are eighth in Serie A, will take on Dutch side Vitesse.

Europa League round of 16

Europa Conference League round of 16